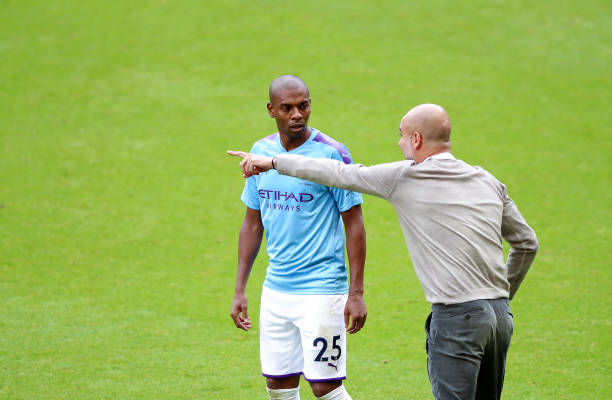 According to The Sun, Manchester City are planning to enter into talks with Fernandinho in the coming months in order to discuss terms of a new deal.

The 34-year-old is currently in the last year of his contract, and while many thought this could be his last season at the Etihad, the club want to have him around for at least one more year.

Since the departure of Vincent Kompany, Fernandinho has helped fill the leadership void in the dressing room and on the pitch, and that has impressed manager Pep Guardiola.

Despite losing his defensive midfield spot to summer arrival Rodrigo, the Brazilian has proven to be a perfect cover at centre-back following the injuries to Aymeric Laporte and John Stones.

Fernandinho has spent six years at Man. City since arriving from Shakhtar Donetsk, and has been a very important member of the squad.

Guardiola isn’t ready to lose his experience and versatility just yet, but he will have to likely take a slight pay-cut to remain at the Etihad.

City’s Premier League defence has gotten off to a rough start, with eight points currently between them and leaders Liverpool after eight games, but they will fancy their chances of quickly turning things around, and a player like Fernandinho will definitely come handy now and going forward.