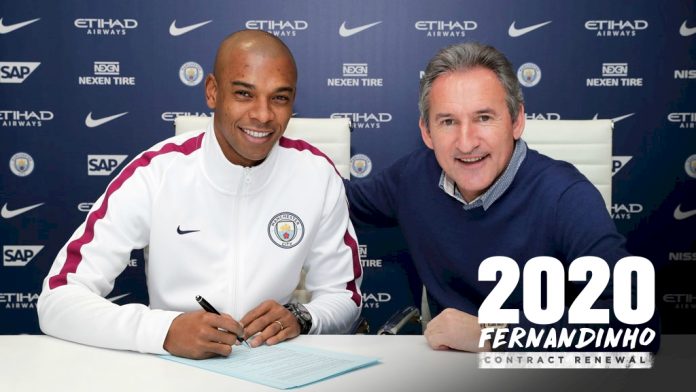 According to reports from Football Ghana, Atletico Madrid defensive midfielder Thomas Partey is on the radar of Manchester City.

Manager Pep Guardiola is scouring all over Europe for the perfect replacement for the 33-year-old Fernandinho, and he reckons the Ghana international fits the bill.

German midfielder Ilkay Gundogan, who is stalling on a new deal and is open to a new challenge could be used in a swap deal that will see both players move in the opposite direction.

Partey, 25, has been key to Diego Simeone’s side in recent seasons, and he was sorely missed during the second-leg of their Champions League last-16 clash with Juventus.

The La Liga powerhouse has a £68million release clause at the Wanda Metropolitano outfit according to AS, and City will likely not hesitate to break the bank to land him if need be.

Fernandinho has been key to Pep’s plans at the Etihad Stadium thus far, linking the defence with the attack and helping to break up opposition play.

The ageing Brazilian surely needs to be replaced, and despite having a deal that runs until 2023 with Atletico, Partey and the club won’t hesitate to agree to a deal if the right price is brought to the negotiation table.