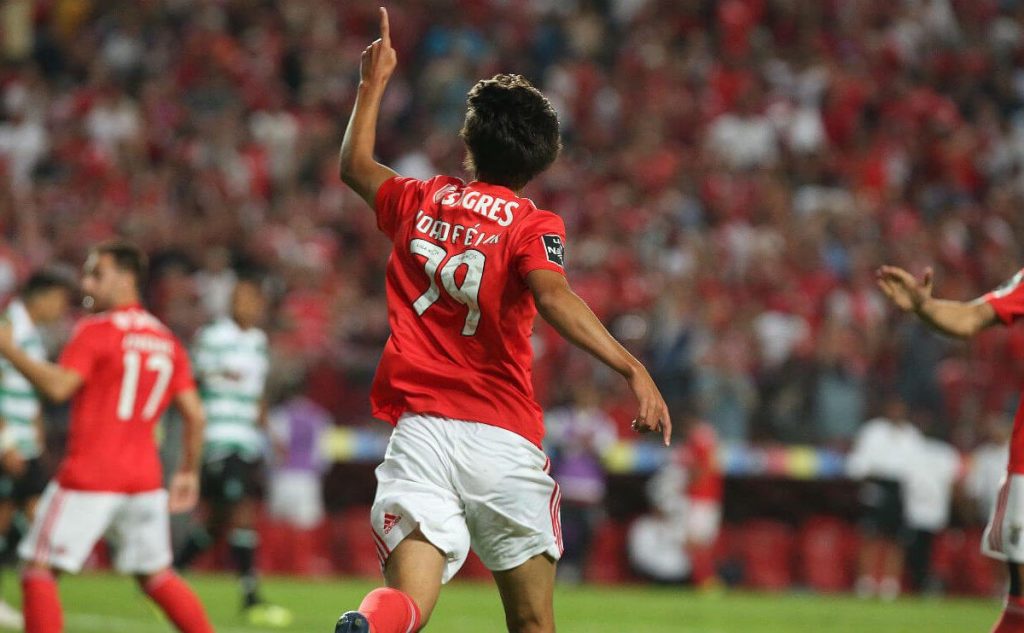 According to The Sun, Manchester City have joined Manchester United in the race for Benfica striker Joao Felix.

The Red Devils want to boost their attack this summer after a woeful campaign, but will have to meet the Portuguese club £105 million asking price to have a chance of signing the teenage sensation.

City boss Pep Guardiola also wants to add more depth to his attack, and he sees Felix as a perfect long-term successor to Sergio Aguero.

The Premier League champions are open to the idea of buying the 19-year-old and loaning him back to Benfica for one season, and that could see them beat the Red Devils and Real Madrid to the race.

Both Manchester clubs have watched Felix several times this term, and are now keen to land him after he scored 19 goals and registered eight assists across all competitions.

The “New Ronaldo” helped his side to the Portuguese top-flight league and has earned a call-up to the national team as a result.

Felix is able to play across the forward line, and such versatility is a feature manager Ole Gunnar Solskjaer and Guardiola both cherish in him.