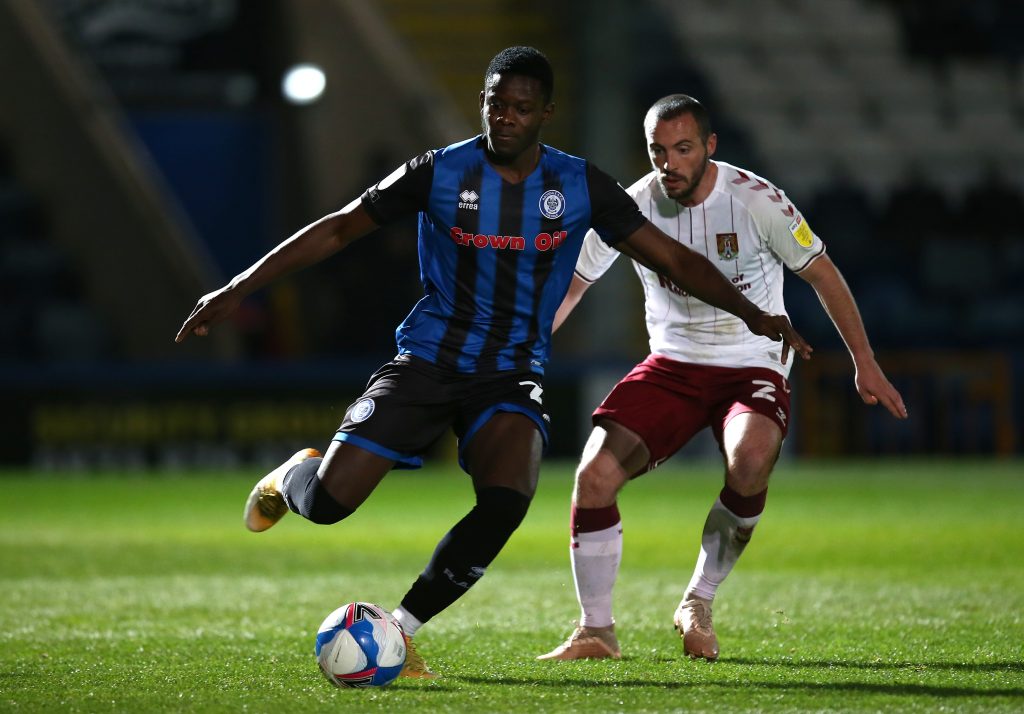 According to The Daily Telegraph’s Mike McGrath, Manchester City have approached League One outfit Rochdale over a deal for attacking midfielder Kwadwo Baah.

#ManCity have approached #Rochdale #RAFC over a deal for Kwadwo Baah (18) but by no means only club in running for him. No decision yet over next club. Any deal could see the winger loaned back for season

The 18-year-old is free to join an overseas club for free on February 2, and Rochdale are willing to sell before the January transfer window closes.

Any deal could see Baah get loaned back for the rest of the season, and while joining Man City will be very tempting, Pep Guardiola’s side are not the only ones keen on him.

Scottish Premiership giants Rangers are also keeping tabs on the teenager, while West Ham United have presented a bid.

Juventus and Bayern Munich are also interested in the services of the German-born winger, and it will be interesting to see how things go in the coming hours.

Baah has scored thrice and assisted twice in 14 league games this term and is proving to be a quality finisher with the type of spectacular goals he has bagged.

His potential has caught the eye of Guardiola, but Man City have a wealth of quality attacking options in their first-team right now and would most likely be sending him straight to the under-23s if they win the race for his signature.

Having tasted senior team football this season, though, Baah might not be keen on playing youth football again, and it is why a move to Rangers could boost his development.

21-year-old Calvin Bassey has played seven league games since arriving from Leicester City last summer, proving that manager Steven Gerrard does not hesitate to give youngsters a chance if they prove themselves worthy.

The Scottish Premiership will be a good place for Baah to develop his game before joining a big club, and it will be intriguing to see which decision he eventually makes.