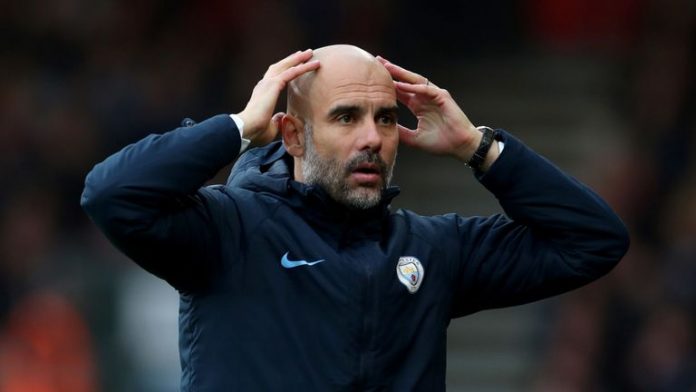 Leeds United host Manchester City this evening as head coach Marcelo Bielsa clashes with one of his former mentees Pep Guardiola for the first time in England.

The City manager often cites the influence the Whites boss had on his managerial career, and both will secretly hope to outdo one another at Elland Road today.

Leeds have lost once since returning to the top-flight, giving Liverpool a run for their money in a 4-3 defeat on the opening day of the weekend.

They have since secured deserved victories over Fulham and Sheffield United, and not many will bet against them shocking Man. City.

Guardiola’s side suffered a 5-2 defeat at the hands of Leicester City last weekend at the Etihad Stadium, and they are clearly not invincible.

The Spaniard took an unprecedented move in training yesterday ahead of today’s trip to Yorkshire, though, and that speaks volumes.

According to The Athletic’s Sam Lee, Man. City had a double training session yesterday for the first time ever since the former Barcelona manager took charge of the club.

City did a double training session yesterday for (I think) the first time ever under Guardiola. Perhaps a sign that things aren’t working as they should, but it certainly shows the huge respect Guardiola has for Bielsa’s teams.

It’s Pep’s fifth season in charge of City, and the fact that he had a double training session in preparation for a game shouldn’t be taken lightly.

He is ready to win today’s clash and has gone extra lengths to prepare his side for it.