Report: Lucas Moura says Tottenham Hotspur will prove they are stronger than ever this season by beating Arsenal, fans react 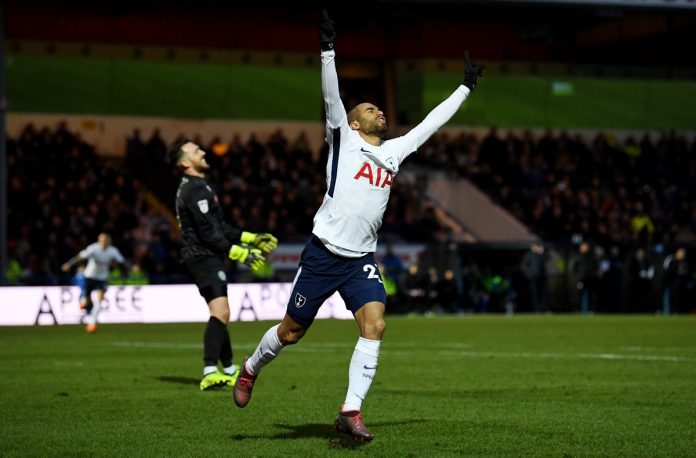 Tottenham Hotspur were handed a shocking 1-0 defeat by Newcastle United on Sunday, and the North Londoners’ campaign isn’t exactly going as planned after just a victory in their opening three games of the new Premier League season.

Spurs visit Arsenal come Sunday, and manager Mauricio Pochettino will be looking to secure his first-ever league win at the Emirates Stadium.

Tottenham suffered a 4-2 loss when they played their bitter rivals away from home last term, but Brazilian forward Lucas Moura has vowed that they will prove they are stronger than ever this season by grabbing all three points at the expense of Unai Emery’s men.

“Is this the perfect game for us to have after the Newcastle defeat? Yes. We need to look forward now. There are a lot of hard games to come,” the former Paris Saint-Germain man told Standard Sport.

“We lost against Newcastle but I am sure we have the quality to go to Arsenal and come back with three points. That’s what we must try to do.

“Each game is different. This is a new season and we have new players. I think we are stronger now (than in previous years). I am sure we can go anywhere and win games. We need to get back to work this week and win the next game against Arsenal.”

Spurs kicked off the campaign with a 3-1 victory against Aston Villa, but it took a late rally for them to secure the win having trailed for the larger part of the game.

They narrowly escaped losing to Manchester City on matchday 2, with VAR and the new handball rule saving them after Gabriel Jesus’ late winner was struck out.

Not all Tottenham fans are convinced they have what it takes to win at rivals Arsenal in the league for the first time since 2010, and here is how some of them reacted to Moura’s claims on Twitter:

Back your talk this time

Same after every defeat rather show it on pitch every game

Love Lucas,has such a great mentality I hope he’s right

Jan must be in the starting 11 #COYS pic.twitter.com/gBhEMlrJXq

Arsenal have won two of their league games this term, but suffered a 3-1 loss to Liverpool at Anfield on Saturday, and weekend’s North London derby will see two sides with a lot to prove go head to head in what is expected to be a fierce clash.