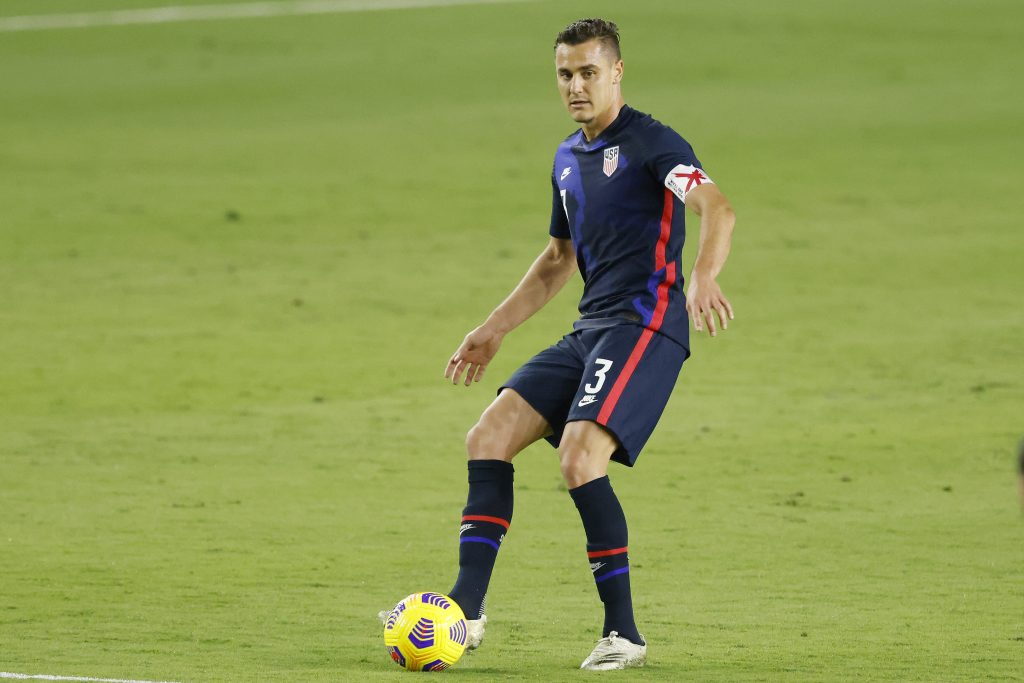 According to Football Insider, Liverpool are looking to sign New York Red Bulls centre-back Aaron Long on loan before the January transfer window closes on Monday.

The United States international is available on a three-month short-term loan with no option to buy as the Major League Soccer season is currently on hold until April as a result of the coronavirus pandemic, and Reds manager Jurgen Klopp is keen on doing a deal.

Liverpool are currently stripped to their bare bones at the back, with recent injuries to Fabinho and Joel Matip further compounding their woes.

While last night’s 3-1 win over Tottenham Hotspur got their title defence back on track, failure to strengthen at the back this month could prove costly going forward.

Virgil van Dijk and Joe Gomez could both remain out of action until towards the end of the campaign, and a move for Long could help boost their defence and make a huge difference.

The 28-year-old stands at an impressive 6ft 2in and has played 135 games for the MLS giants.

He boasts the necessary experience and has established himself as a starter for his country, earning 18 caps so far.

Long was close to moving to the Premier League in the summer of 2019 to join West Ham United.

However, he was not able to obtain a work permit as he had not earned the required number of caps that qualified him for one.

He wanted to join the Hammers in order to fulfil his dream of playing in the EPL, but a move fell through.

However, he now qualifies for a work permit and Liverpool could give him the chance to finally see his wish come to fruition.

While the duo of Rhys Williams and Nat Phillips have provided decent cover for Klopp’s side thus far, they do not have the experience and quality to be trusted with the job for the remainder of the campaign, and a new signing could do the team a world of good.