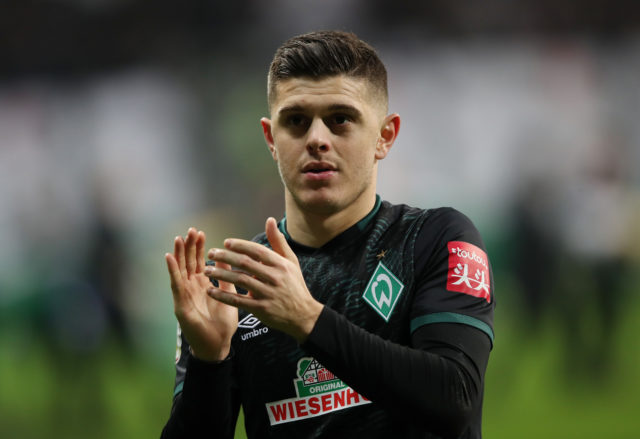 According to reports from German publication Bild, Liverpool are weighing up a summer transfer move for Werder Bremen forward Milot Rashica.

The Daily Mail reported earlier this week that Liverpool are currently not focussing on transfer activities as the club do not know what’s going to happen next with football being postponed all over the world due to the Coronavirus pandemic.

However, that hasn’t stopped the press from linking players with Liverpool who are just two wins away from winning the Premier League title this season. With Adam Lallana and Xherdan Shaqiri almost certain to leave the club, the Reds are naturally being linked with some of the top young attacking talents.

In recent weeks, Liverpool have been linked with players from Bundesliga – Timo Werner, Jadon Sancho and Kai Havertz – and it seems, Milot Rashica is the latest player to be on the Reds’ radar.

According to reports from The Mirror, Liverpool could ‘expect to pay’ £33m for Rashica, who is primarily a left-winger, but can also play as a centre-forward or a second striker.

The 23-year-old has scored seven Bundesliga goals this campaign, and Liverpool could ask Bremen to lower their asking price if they get relegated this season.

Several Premier League clubs have cast their eyes on Rashica. The likes of Aston Villa and Southampton have been linked with a move for the Kosovar young talent in recent months.

Villa have the financial power to challenge Liverpool but the player has stated his ambition of playing in the Champions League, which rules them out.