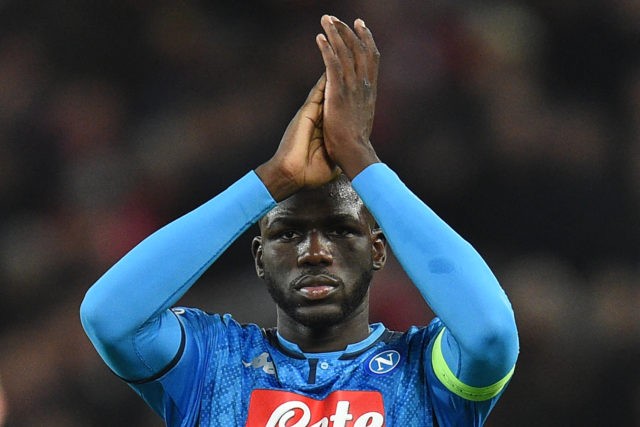 According to Le Parisien (via GFFN), Liverpool are looking to pip Manchester City to the signature of Napoli centre-back Kalidou Koulibaly and have asked his Senegalese teammate Sadio Mane to help convince him about moving to Anfield.

The 29-year-old is keen to join Man City and has agreed personal term and already reached a provisional contract agreement with Pep Guardiola’s side.

Liverpool want to bolster their defence after manager Jurgen Klopp was forced to play Fabinho in central defence alongside Virgil van Dijk against Chelsea on Sunday, and they want Koulibaly.

Paris Saint-Germain have also been linked with the Napoli star, but the Serie A outfit are asking for around £74 million (€80 million) for his signature and they aren’t keen to pay that much.

Le Parisien claim Liverpool are now actively pushing hard to convince the centre-back, and landing him will definitely make their goal impregnable.

Back in May, le10sport claimed that Klopp personally called the Senegalese to convince him about a move as he dreams of van Dijk-Koulibaly centre-back partnership.

He is expected to leave Napoli this summer, it will be interesting to see whether Liverpool will be able to meet their demands and his.