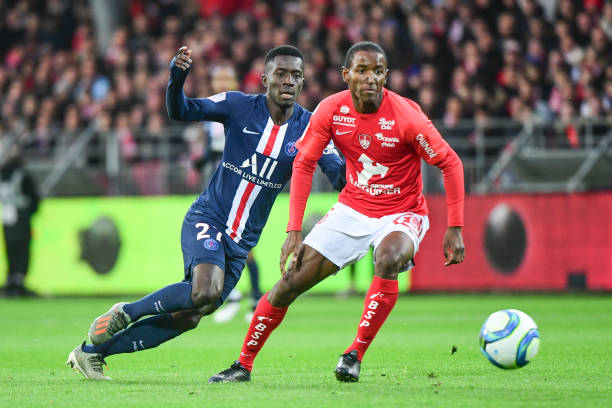 According to French podcast Brest On Air (via GFFN), Leicester City have tabled a £13.5 million bid in order to secure the services of Brest midfielder Ibrahima Diallo this month.

The Foxes are looking to finish in top-four this term, and will need to end the campaign strongly following an impressive first half of the season.

As a result, manager Brendan Rodgers wants to strengthen his squad and he wants to add Diallo to his midfield.

While the Ligue 1 outfit want to hold on to the 20-year-old till at least summer, the nature of Leicester’s bid has made them enter into a period of reflection over their stance.

Diallo also wants to remain in France till the end of the season, but things could change before Friday’s deadline.

The box-to-box midfielder has featured in 18 league games this term and he can be a fine cover and competition for Wilfred Ndidi.

Leicester lost both league games that the Nigerian recently missed due to injury, and having a capable replacement would have prevented that.

Diallo is very confident on the ball and is an excellent dribbler.

The French youth international has plenty of potential and could become the Foxes’ next best thing from France after N’golo Kante and Riyad Mahrez.