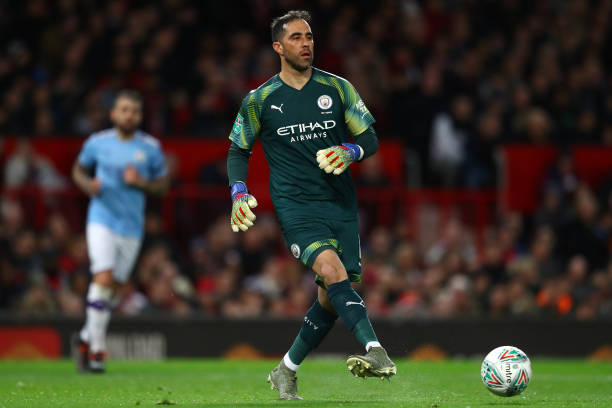 According to Chilean outlet En Cancha, Manchester City goalkeeper Claudio Bravo could be on his way to Leeds United in the summer as Marcelo Bielsa admires his ability on the ball.

The 36-year-old is currently in his fourth season at the Etihad Stadium, and he has just a few months left on the four-year deal he signed when he arrived from Barcelona for £17 million in August 2016.

It remains to be seen if Man. City will hand him a new contract, and En Cancha reckons if he opts to continue his career in England, a country they claim he feels comfortable living in, he could replace Kiko Casilla at Elland Road next term.

It’s pure speculation at this stage, but if Leeds do earn promotion at the end of the campaign, then a move could indeed be on the cards.

Casilla signed a four-and-a-half year contract when he moved to Leeds in January 2019, and it doesn’t seem Bielsa has plans to part ways with the Spain international anytime soon.

The Whites also have a quality backup in French youngster Illan Meslier, and a move for Bravo doesn’t look necessary right now.

However, Leeds will be making a few squad changes in the summer if they will be playing Premier League football next term, and it will be interesting to see which players they look to add to their squad.