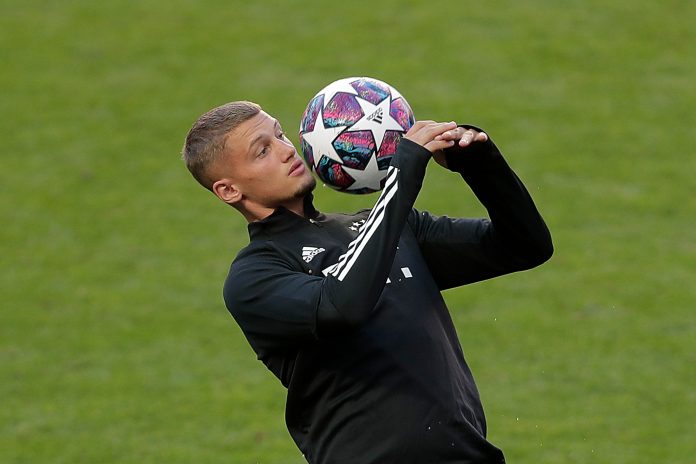 According to Le10Sport, Leeds United have moved in recent hours to land Bayern Munich midfielder Michael Cuisance, and are looking to pip French giants Marseille to his signature.

The Bundesliga giants are currently listening to Leeds’ proposal and are ready to sell the France youth international despite the departure of players in that position this summer.

They reckon Cuisance needs to have regular playing chances going forward for his development to continue, and a move to Elland Road could be on the cards in the coming days.

Marseille are only able to sign the 21-year-old on loan, but Leeds want a permanent move and are favourites in the race.

Cuisance won the Bundesliga, DFB-Pokal, UEFA Champions League and UEFA Super Cup with Bayern in 2019-20, featuring in 12 games across all competitions, and his potential and talents would come handy at Leeds.

The 2017-18 Borussia Monchengladbach Player of the Season will be keen to break into the French senior team ahead of next summer’s European Championship, and he won’t get the chance to have a shot at it if he remains at the Allianz Arena.

Cuisance, a left-footed playmaker can play either in attacking or defensive midfield roles, and has been compared with a young Mesut Ozil due to his skillset.

Leeds want to sign a midfielder before the summer transfer window shuts and could land the Frenchman after failing to get Udinese’s Rodrigo de Paul.