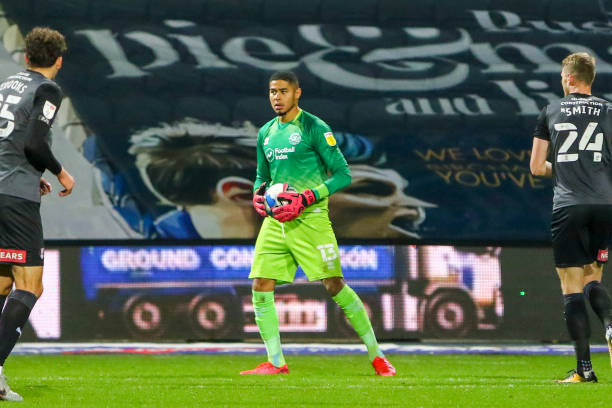 According to The Sun, Leeds United are tracking highly-rated Queens Park Rangers goalkeeper Seny Dieng as head coach Marcelo Bielsa looks to strengthen his options in the department.

The Swiss goalie has been in impressive form for the Championship outfit this term and has been one of their best performers despite their struggles.

Dieng is also on the radars of Arsenal and Crystal Palace, with both clubs looking to provide their first-choice goalkeepers with quality competitions.

Alex Runarsson joined the Gunners as Emiliano Martinez’s replacement in the summer transfer window, but he hasn’t been particularly outstanding and isn’t giving Bernd Leno a run for his money.

Jack Butland is failing to provide Vicente Guaita with any sort of competition since joining from Stoke City, and is yet to make an appearance so far for the Eagles.

Leeds have Illan Meslier as their first-choice goalie, and while the 20-year-old has kept six clean sheets and made 67 saves in 17 league appearances since they earned promotion, he has been conceded the second-highest number of goals (33) in the English top-flight this term.

The Frenchman could have done better with his distribution and positioning against Tottenham Hotspur during weekend’s 3-0 defeat, and he was partly responsible for two of those goals.

With Kiko Casilla not expected to play for Leeds in the Premier League due to a long-term ban for alleged racism last term, the Elland Road outfit need a top goalie, and they have also been linked with West Bromwich Albion’s Sam Johnstone in their search for a top quality keeper.

Dieng has established himself as QPR’s undisputed first-choice with some fine performances and could be a great competition and cover for Meslier.

The 26-year-old has kept just four clean sheets in 20 Championship appearances this term, but he is attracting clubs in the top-flight and that speaks volumes.