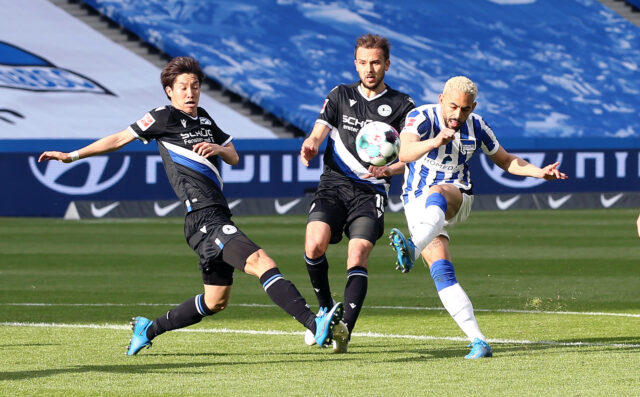 According to reports from Sports Bild (h/t Leeds Live), Leeds are interested in signing the highly-rated young forward from Hertha Berlin.

The Whites made some brilliant signings last summer, and they are expected to invest wisely again in the upcoming summer transfer window.

Marcelo Bielsa loves to work with versatile players, and Cunha fits the bill as he can play in several positions.

The 21-year-old has made 27 appearances for the club this season, bagging seven goals and four assists thus far.

The report claims that Leeds made an enquiry about signing him in the January transfer window, and they are keen to sign him this summer.

The interest in the player is becoming more concrete, while Cunha apparently is open to exploring new opportunities.

He has a contract at the club that runs until 2024, but it does not contain a release clause.

Phil Hay claimed last month that Leeds are expected to make at least three to four signings this summer.

Bielsa is keen to add a defensive central midfielder who can provide cover for Kalvin Phillips.

Also, Leeds could look to sign a left-back this summer, if Ezgjan Alioski leaves the club on a free transfer.

A back-up experienced goalkeeper and an attacking midfielder would be a handy addition to the squad.