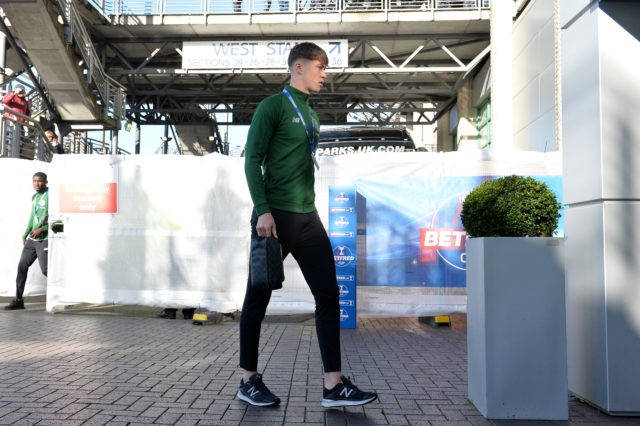 According to reports from Daily Record, Jack Hendry could spend the next season away from Celtic Park.

The 25-year-old defender joined Celtic in 2018 from Dundee. However, he has managed only 27 appearances for the club in all competitions thus far.

The report claims that KV Oostende are keen on a loan move for the defender.

The Belgian top-flight side have expressed an interest in signing him for the new season. He was on loan last season at Melbourne City where he suffered a knee injury.

He has undergone knee surgery and is in pre-season training with the Bhoys.

Hendry has two years left on his contract, and he is determined to get back in Neil Lennon’s first-team plans.

Oostende, who narrowly avoided relegation, are looking to rebuild their squad. They are looking to sign a defender and has earmarked Hendry as a potential option.

Celtic boss Lennon has recently claimed that he would be looking to sign a new defender in the summer transfer window.

With Jozo Simunovic having left Celtic, and speculation rife about Kristoff Ajer’s future, there could be an opening for Hendry, but he needs to work extremely hard in the pre-season to win back the confidence of his manager.