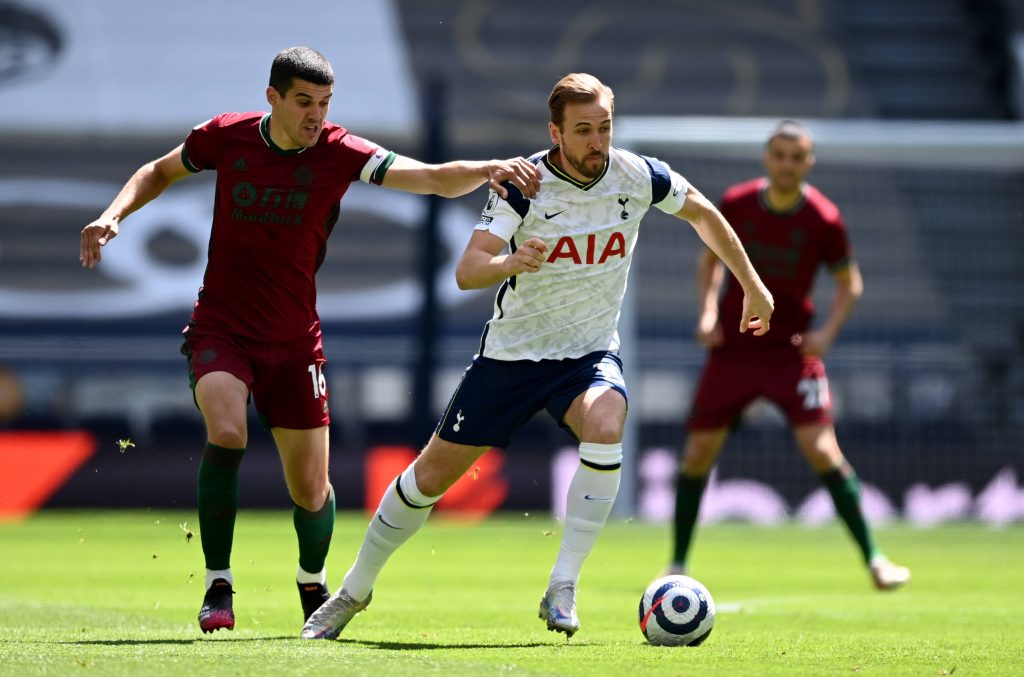 Manchester City are keen to sign Harry Kane in the summer transfer window.

Pep Guardiola was asked in his press conference on Tuesday about whether he would be signing Kane.

The Spaniard remained tight-lipped, suggesting he would not comment on a player who is contracted to another club.

Kane reportedly has informed Spurs chairman Daniel Levy that he wants to leave Spurs this summer following a disappointing campaign.

Fabrizio Romano, writing for The Guardian, made two crucial points and issued a follow-up on Twitter.

He says that City ‘plan to hold talks over a potential deal’ for the Spurs striker, and he is open to joining City.

He’s NOT handed in a transfer request but he hopes to find a solution.#THFC position: NO intention to sell Kane.

Kane would refuse a new contract, as of today.

Between City’s desire to land Kane, and his desire to join City, there’s one major stumbling block – Levy.

Kane has a contract at Spurs until 2024, which gives them an upper hand in the negotiations.

Levy would demand a fee in the north of £150m, if not more, and that would put him out of the reach of most clubs.

The 27-year-old has bagged 27 goals in all competitions this term and is currently the skipper of the England national team. If he doesn’t command that figure, then who will?

City’s record transfer fee is less than £65m, and they will need to pay twice the amount of that if Levy agrees to do a deal for Kane.