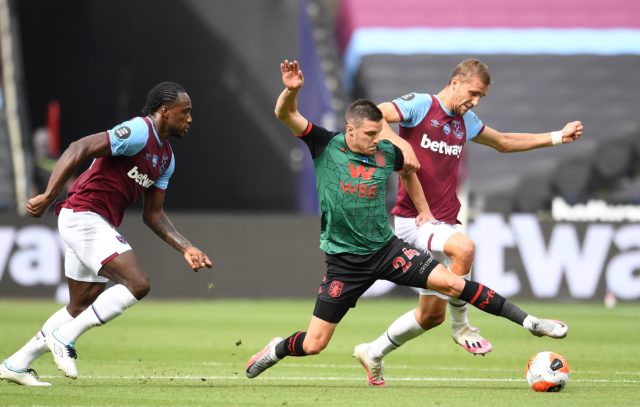 According to The Birmingham Mail, Frederic Guilbert will not leave Aston Villa in the summer transfer window.

It has been reported that the 25-year-old right-back is willing to fight for his place in the Villa starting lineup and ‘is expected to stay’ at Villa Park beyond the end of the summer transfer window.

France Football reported last month that the Frenchman is being pushed towards the exit door.

Guilbert joined Villa from Caen in January 2019, but stayed at the French club until the end of the 2018-19 season.

According to WhoScored, the 25-year-old right-back made 22 starts and three substitute appearances in the Premier League for Dean Smith’s side last season, providing two assists in the process.

Guilbert has not been a huge success at Villa, but the 25-year-old right-back is a very good player.

The Villans could fight for survival again in the Premier League this season, and it would make sense for them to have a big and strong squad, and for manager Smith to have different options.

Villa could then decide on the future of Guilbert in the summer of 2021 depending on how he does this season.