Report: Everton were in contact with agents of Lille right-back Mehmet Zeki Celik 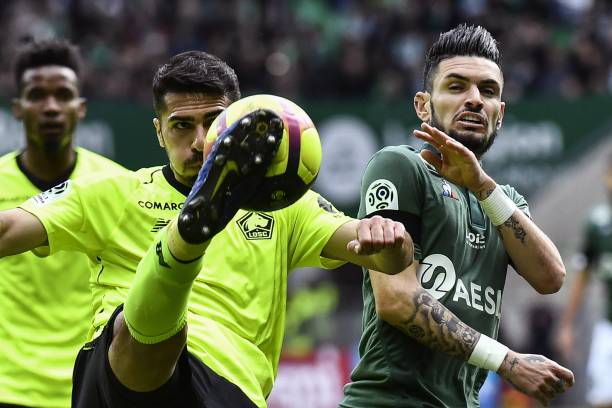 According to Italian journalist and transfer expert Fabrizio Romano, Everton are one of the clubs interested in signing Lille right-back Mehmet Zeki Celik during the January transfer window.

Roma have opened talks with the agents of Mehmet Zeki Celik [Lille] as right back, after Bryan Reynolds deal stalling [Juve and Brugge always interested]. No official bid yet. Also Everton were in contact with his agents [weeks ago]. 🇹🇷 #Roma #Lille @DiMarzio @SkySport

The Toffees were in contact with the agents of the Turkey international weeks ago, and AS Roma have now joined the race.

Everton have started the 2020-21 Premier League campaign on an impressive note, winning nine and drawing two of their opening 16 games.

Manager Carlo Ancelotti is looking to guide his side to a top-six finish so as to play European football next season and he is keen to strengthen his squad ahead of the second half of the campaign.

Everton have 32-year-old
Seamus Coleman and Jonjoe Kenny as their right-back options, but Ancelotti has often used centre-back Mason Holgate in the position as a makeshift.

A new right-back appears to be part of the club’s plans this month and Celik will be a fine addition to their backline.

The 23-year-old has two goals and an assist for Lille this term, and while those numbers aren’t the most impressive, his quality is there for suitors to see.

With French top-flight clubs struggling financially after Mediapro, a TV rights holder, withheld two successive payments, Lille could be forced to sell some of their best players and may accept a knock-down price for Celik this month.

Whether Everton will make a move for the Turkish full-back in the coming weeks remains to be seen, but they surely could do with a new right-back capable of creating goalscoring chances in the final third, and it will be interesting to see who they will go for.