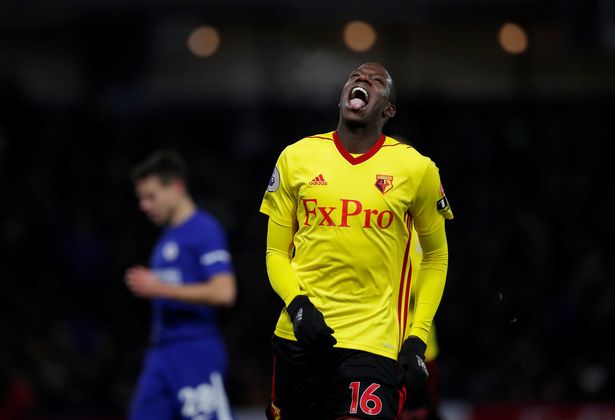 Everton are back in talks with Napoli to sign Allan. Also Abdoulaye Doucouré (Watford) is on the list. Ancelotti strongly wants a new midfielder. 🔵 @DiMarzio @SkySport #EFC #Napoli

Former Toffees boss Marco Silva wanted to bring the Frenchman to the club during his time on Merseyside, but a deal couldn’t work out.

With Watford now relegated, Doucoure is expected to leave this summer, and he could finally be joining Everton.

Sam Allardyce also wanted him when he was at Goodison Park, and the club could be third time lucky.

Liverpool were keen on bringing the 27-year-old to Anfield back in 2018, but they have since moved on, and he could now be joining their bitter city rivals.

Everton were keen on signing Denmark international midfielder Pierre-Emile Hojbjerg, but he has since joined Tottenham Hotspur.

Doucoure has proven himself in the top-flight, and the Frenchman can bring the steel and quality Ancelotti wants in his midfield.

The Watford midfielder ended last season with four goals and two assists in 37 Premier League games, and Everton could do with such a box-to-box enforcer.