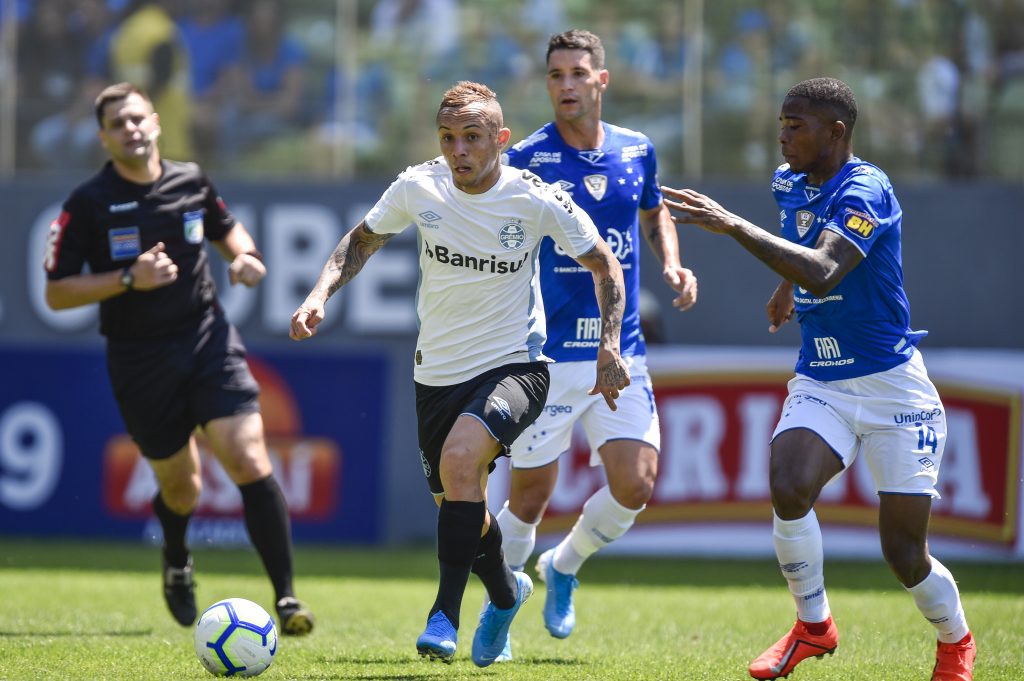 According to Globo Esporte, Everton boss Carlo Ancelotti has told the club that he wants to sign Gremio forward Everton Cebolinha this summer after missing out on him during the January transfer window.

The Brazil international is a wanted man in Europe after proving himself in South America, and Bundesliga giants Borussia Dortmund are also keen on him.

Everton is also attracting AC Milan, Napoli, Atletico Madrid and Beijing Guoan, and it remains to be seen if the Toffees can beat competition to his signature when the summer transfer window opens.

The 24-year-old has 69 goals in 268 appearances for Grêmio and has established himself as a regular for the star-studded Brazil national team, playing 14 times and scoring thrice.

Moving to the Premier League will definitely attract Everton, and playing for a club he was named after could be enticing too.

The Goodison Park outfit need to boost their attacking ranks if they are to establish themselves in the top-six, and the Brazilian will be a fine addition given his huge quality and massive potential.

The opportunity to play for a top manager like Ancelotti is expected to boost Everton’s chances in the transfer windows going forward, and it will be interesting to see if that can convince Everton.