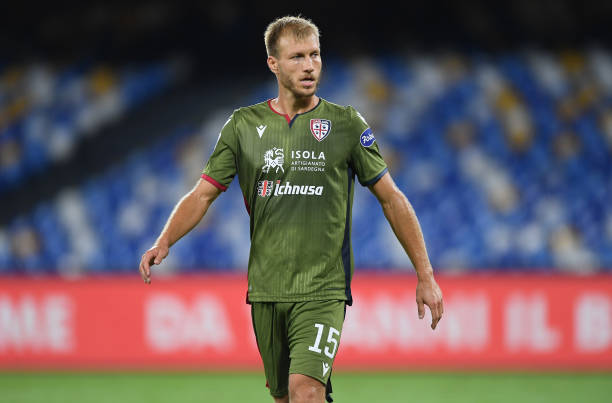 According to Italian outlet Blog CalgliariCalcio, Everton are interested in bringing Cagliari centre-back Ragnar Klavan to Goodison Park before the end of this month.

New boss Carlo Ancelotti wants to strengthen his side in order to boost their chances of finishing in the top-seven, and he has specifically requested the club to seal a move for the defender.

Klavan spent two seasons at Liverpool, featuring in 53 games before leaving for the Serie A side in the summer of 2018, and his representatives have told him of Everton’s interest.

Ancelotti has reportedly asked the Toffees to monitor the 34-year-old since his arrival at Goodison Park, and it will be interesting to see what happens in the coming days.

Klavan has featured in 15 games for Cagliari thus far this season, and he could be interested in returning to Merseyside.

Liverpool boss Jurgen Klopp was willing to hand the Estonian a new deal in his final months at Anfield, dubbing him a “fantastic player and really good footballer” who “has all what you need” three months before his departure.

Everton are yet to table a formal offer for Klavan, but his contract runs out in August, and the club could look to cash in on a player who cost them just £2 million.

The Toffees could do with quality depth at centre-back, but it remains to be seen if the seven-time Estonian Footballer of the Year award winner is the answer.