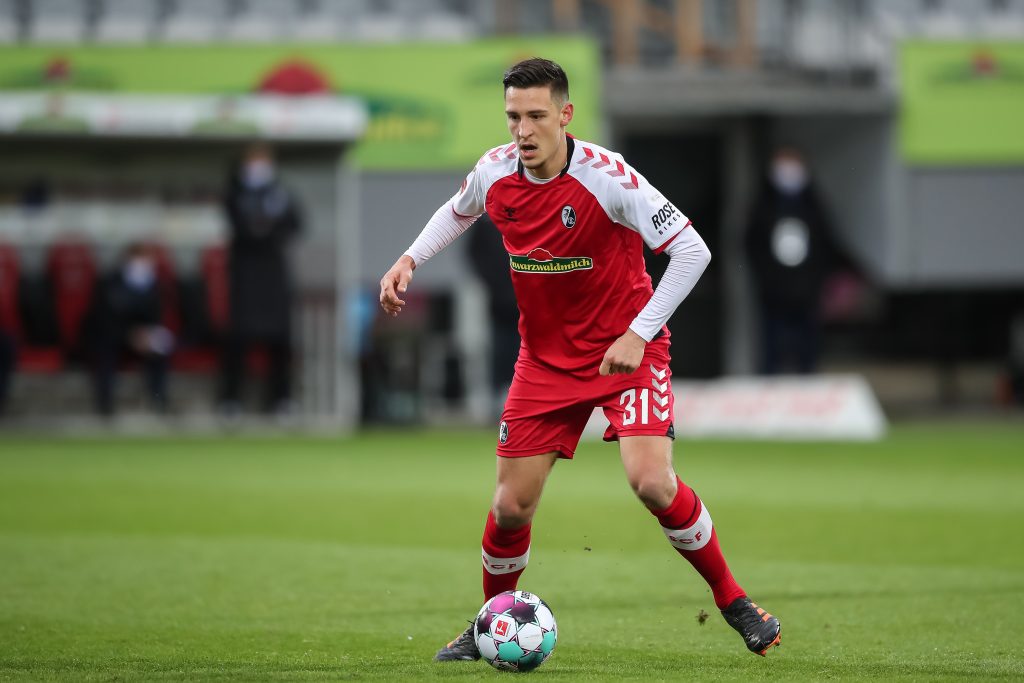 According to Bild, Everton are keeping tabs on Freiburg centre-back Keven Schlotterbeck ahead of a potential summer swoop.

According to BILD, Everton have shown an interest in signing Freiburg central defender Keven Schlotterbeck. Young, talented and has a contract that’s expiring at the end of next season. Probably wouldn’t cost too much to sign this summer.

The 23-year-old has around 17 months left on his current contract with the Bundesliga club and is expected to be sold when the next transfer window opens.

Everton are not short of options at centre-back, but they clearly can do with more quality and depth going forward.

Carlo Ancelotti’s side pipped Tottenham Hotspur to a place in the FA Cup quarter-finals following a 5-4 victory on Wednesday, and while the win showed their relentless nature it also exposed their defensive frailties.

It appears that the Italian is preparing to add reinforcements to his back-line in the summer, and the club are keeping tabs on Schlotterbeck.

The 6ft 2in German has been a regular for his side this term after spending last term on loan at Union Berlin.

The talented defender will not cost a lot this summer as Freiburg look to cash in before he becomes a free agent, and it will be interesting to see whether Everton will make a firm move in the coming months.

Schlotterbeck is a solid and reliable centre-back who reads the ball well, and he has all the makings of a modern-day defender.

Everton need someone who can put in top performances on a consistent basis at the back if they want to become a top six side permanently, and the German could be their man.