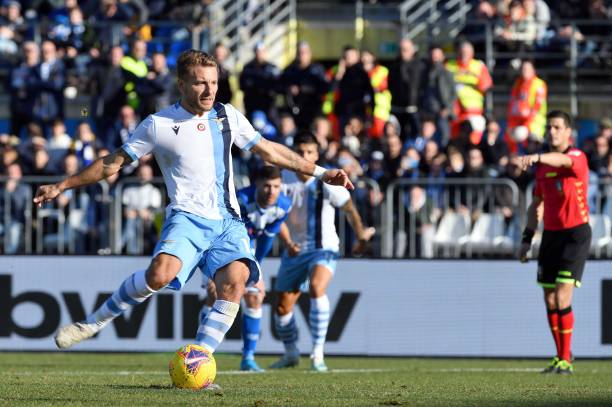 According to Italian outlet TMW, Everton are interested in sealing a move for Lazio striker Ciro Immobile this month and are prepared to spend big to secure his signature.

Toffees boss Carlo Ancelotti will look to strengthen his frontline before the end of the winter transfer window in order to boost his side’s chances of finishing in the top-seven, and he wants the Italian hitman.

Immobile, 29, currently tops the Serie A goalscoring charts with 19 goals in 17 appearances thus far, and he has five league assists and two other goals in the Europa League.

However, landing him in January is almost impossible.

Lazio, with a game in hand, are looking to challenge league leaders Inter Milan and Juventus, with only six points between them and the duo, and they need their striker if they are to have any chance.

Everton might have to look elsewhere for the quality finisher they badly need, but landing Immobile, or any striker in his mould will be perfect for their campaign.

He has 86 goals in 122 Serie A games for Lazio, and the Toffees haven’t had such a consistent goalscorer since Romelu Lukaku left Goodison Park.