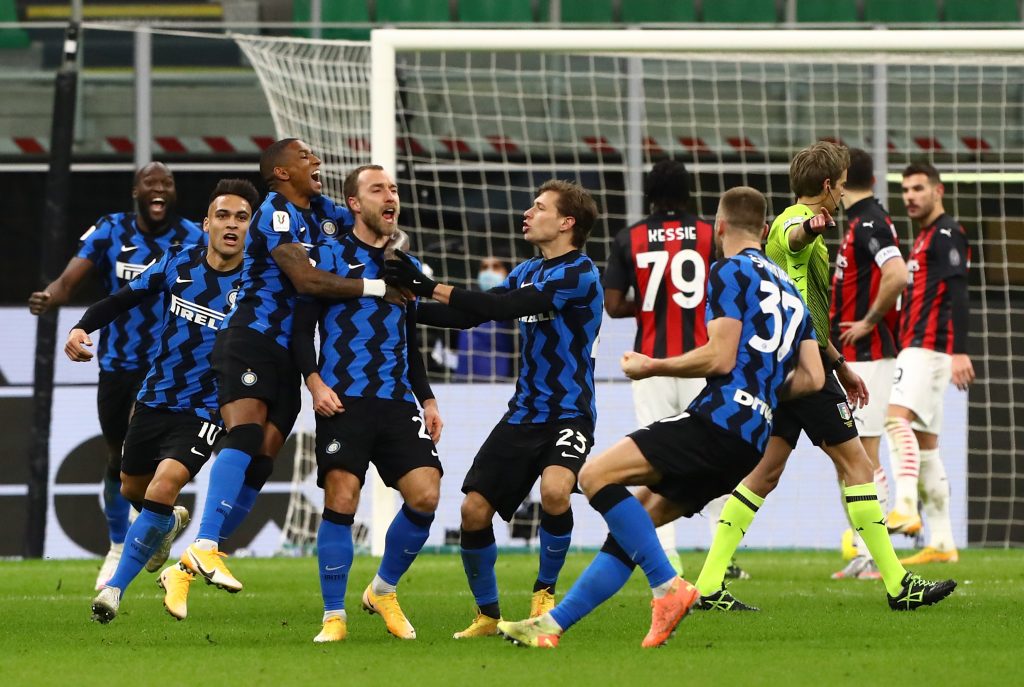 The Danish international has featured sporadically under Antonio Conte this season, making 15 appearances across all competitions and starting on just five occasions.

TuttoMercatoWeb claimed that the Toffees made a ‘timid approach’ to get him but it could develop into something bigger in the coming days.

A lot depends upon how Carlo Ancelotti’s side perform and on Inter’s stance on Eriksen following his late winner against AC Milan on Tuesday. Conte claimed after the match that the Danish international won’t leave the club.

Not long ago, Eriksen was considered to be one of the best attacking midfielders in the world. However, his form has dipped and there has hardly been any improvement in his performances at Inter.

The Danish international has featured in 41 matches for the Serie A club, amassing just five goals and three assists.

Eriksen had his best moment in an Inter shirt last night, scoring a brilliant free-kick against Milan to send the Nerazzurri into the semi-finals of the Coppa Italia.

The Serie A outfit have a pretty decent bunch of midfielders in their team that includes Marcelo Brozovic, Arturo Vidal and Nicolo Barella.

Given how little he has started this season, it is hard to say whether he will receive more game time at Inter or not.

After Conte’s statement regarding Eriksen, maybe there is a chance of him getting more minutes from now on.

Everton have had a pretty decent season under Ancelotti as they’re currently seventh in the Premier League table and have played fewer matches than some teams. Eriksen would definitely strengthen their midfield and could help them target for a top-four finish.

The 28-year-old boasts plenty of Premier League experience from his time at Tottenham, during which he scored 51 goals and provided 62 assists. He was also included in the PFA Team of the Year for the 2017/18 season.

It will be interesting to see whether the Toffees make a move for the Danish international during the remainder of the transfer window.