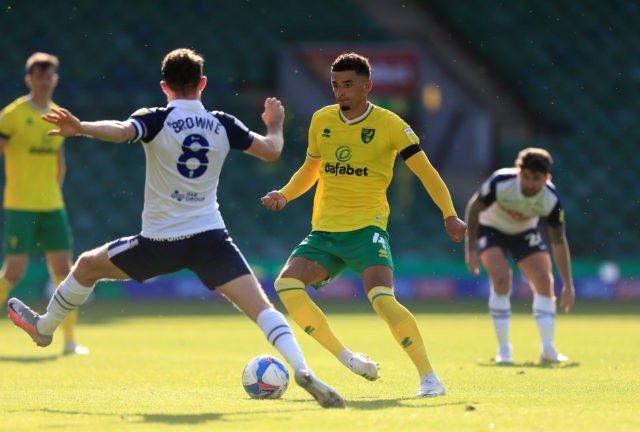 According to reports from The Telegraph, Everton have made a bid worth £26million for Norwich City’s Ben Godfrey.

The Toffees are heavily interested in signing Fikayo Tomori, but they fear the 22-year-old won’t be allowed to leave on loan.

As a result, they have lined up Godfrey as a replacement and have made an opening bid to sign the Norwich centre-back.

The report claims that the Toffees have made an offer to Norwich, worth an initial £20m, plus £6m in add ons, for Godfrey.

Earlier today Sky Sports claimed that Everton made an enquiry about the availability of the defender where they were told he would cost around £25m.

Tomori has emerged as Everton’s first choice but negotiations over a season-long loan have been delayed by doubts over Antonio Rudiger’s Chelsea future.

Everton have until October 16 to complete the signing of Godfrey because of the extended deadline between the top flight and the EFL.