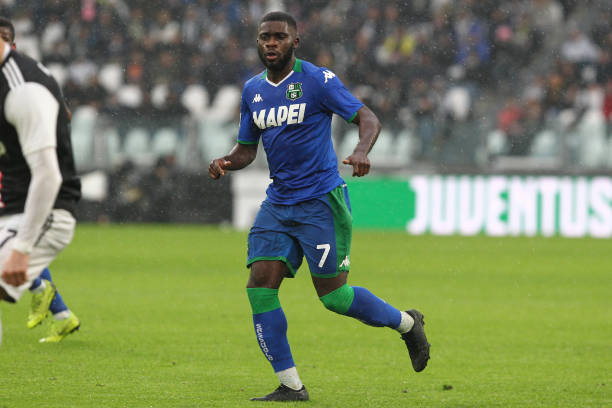 According to goal, Everton are interested in bringing Sassuolo forward Jeremie Boga to Goodison Park, but manager Carlo Ancelotti has his former employers Napoli to contend with.

Barcelona are also interested in the signature of the 23-year-old, while the likes of Inter Milan and Brighton have also been linked.

Boga couldn’t make the grade at Chelsea despite spending six years in their youth system, and had to settle for a host of loan moves before finally leaving for the Serie A side.

However, Frank Lampard’s side hold a £12.5 million buyback clause that can be exercised at any time, but Everton and other suitors will have to part with around £20 million to have a chance of landing him.

Napoli have already had a first offer of £17 million for the winger knocked back, and Inter boss Antonio Conte wants to reunite with Boga after handing him his solitary Chelsea appearance.

The Ivory Coast international has four goals and an assist in 18 games this season, and could help improve an Everton attack in dire need of quality firing power in the final third.

Sassuolo paid £3.4 million to land Boga in 2018, and will be more than glad to let him go for profit, although that could be until the summer given their ongoing fight for survival.