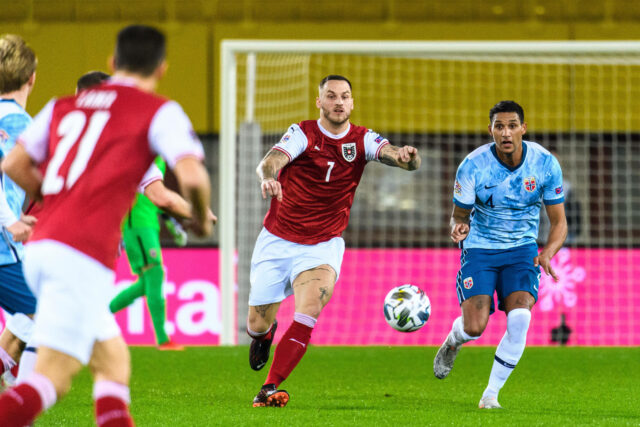 A host of clubs including Everton are reportedly interested in signing Marko Arnautovic this summer.

According to Il Resto del Carlino, the Austrian forward is looking to leave Shanghai SIPG this summer.

The 32-year-old has no shortage of admirers, with West Ham United and Crystal Palace linked with a move.

Bologna are also interested in him, with the player said to be keen on a return to Europe.

The report claims that the Toffees approached Arnautovic’s agent in January about a potential move in the summer transfer window.

Last month, reports emerged that the Hammers are also keen to sign their former player.

The former Stoke City player was a fan favourite during his two years at the London club, bagging 22 goals and 12 assists in 65 appearances.

The 87-cap Austrian international has a wealth of Premier League experience and would be a valuable addition for both West Ham and Everton.

Arnautovic can also operate as a winger and his versatility could be handy.

However, whether the Toffees would be willing to take a punt on someone who is approaching the twilight of his career is debatable.