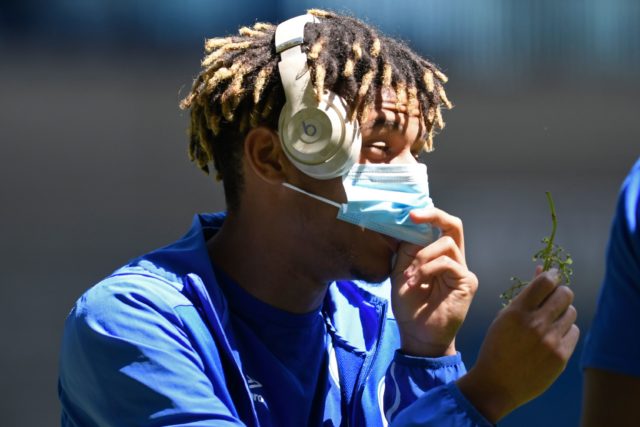 Everton are now interested in signing Jean-Clair Todibo this summer, according to reports from the Liverpool Echo.

The Toffees boss Carlo Ancelotti is now looking to sign a young centre-back following the arrivals of Allan, Doucoure and James Rodriguez.

Everton have been linked with a loan move for Chelsea’s Fiyako Tomori, but it seems they have cooled their interest in him. Tomori wants to play regularly, and Frank Lampard wants him to progress at Chelsea.

As a result, they have now turned their attention elsewhere, and Todibo seems to be high up on their wishlist.

The report claims that Ancelotti has earmarked the 20-year-old exciting defender as a potential option, and the Toffees want to secure a loan signing before the transfer deadline.

With Mason Holgate facing an extended spell on the sidelines, Everton urgently need a centre-back, although they are not keen to sign any more player permanently.

The French youth international spent the second half of last season on loan with Bundesliga side Schalke, playing alongside Jonjoe Kenny.

The Liverpool Echo claims that Schalke paid Barcelona a €1.5m loan fee and agreed to pay his wages in full for the length of the loan. An option to buy Todibo for €25m, plus €5m in add-ons, was also agreed but Schalke decided not to turn his loan into a permanent move.

Therefore, Everton will need to offer something in the region of €30m as a package (£27m) to sign the defender.

According to a recent report from Sport, Fulham have already submitted a bid this week for the 20-year-old French defender.

The London club have offered €18 million for the player and a further €5 million in bonuses. However, Everton are now also in the race for his signature.