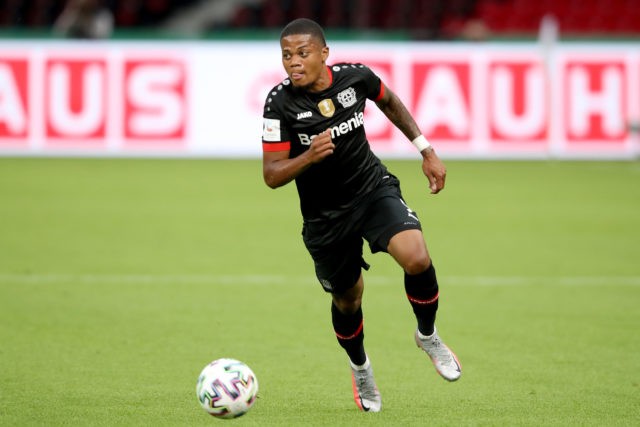 According to Sport1 (via Buli News), Everton and Tottenham Hotspur are both keeping tabs on Bayer Leverkusen winger Leon Bailey, and their scouts will be running the rule over him against Rangers in the second-leg of the Europa League last-16 clash tomorrow night.

Playing in the Premier League remains a dream for the 22-year-old, and it could come true this summer, with the Bundesliga outfit ready to cash in on him.

Everton want to boost their attacking ranks this summer as they look to break into the top-six, while Jose Mourinho is hoping to make Spurs a top-four side again.

Bailey has scored seven goals and registered three assists in 31 appearances in 2019-20, and he has the potential to do well in the English top-flight.

The winger has also been linked with Manchester City, but it doesn’t appear that Pep Guardiola wants another winger after Ferran Torres arrived from Valencia.

The Express claimed in March that Chelsea were ready to spend £85 million on Bailey’s signature this summer after he impressed manager Frank Lampard in the first-leg against Rangers, with Liverpool, Manchester United and Arsenal also linked, but that price has definitely dropped due to the coronavirus pandemic.

The youngster once turned down a move to Anfield and other English giants as he wasn’t ready to play at the highest level and was keen to continue his development in Germany, but he is now ready to play in the top-flight, and both Tottenham and Everton could be doing battle for his signature in the coming weeks, with other suitors likely to join them in the race.