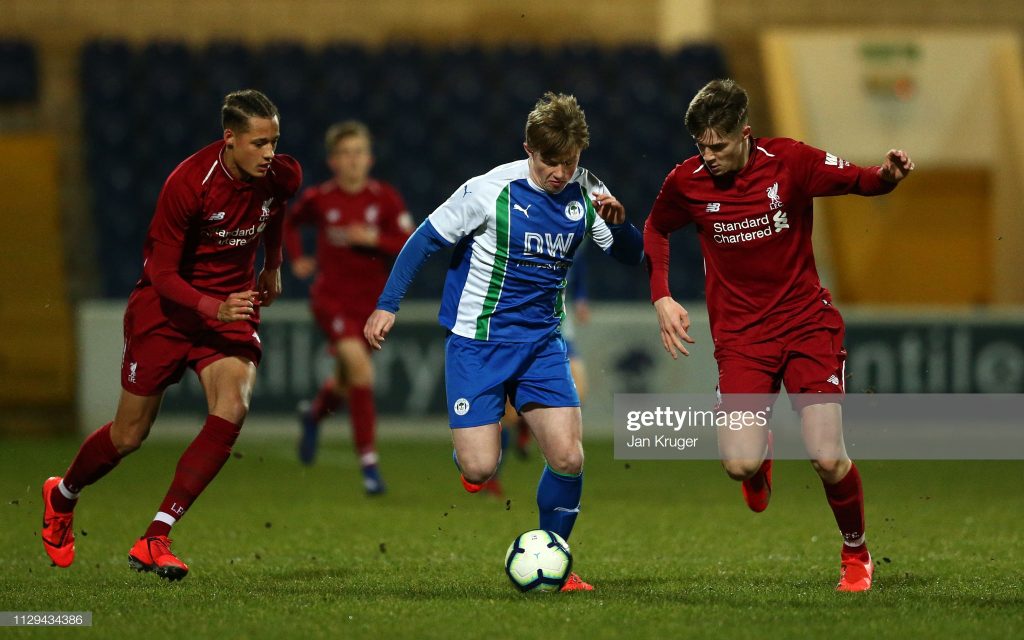 According to Goal, Everton are keeping an eye on Wigan Athletic striker Joe Gelhardt after he broke into the first-team of the Championship outfit.

The 17-year-old grew up supporting Liverpool and has also attracted the Anfield outfit as a result of his massive potential.

The Merseyside duo aren’t alone in their pursuit of Gelhardt, though, with Wolverhampton Wanderers, Chelsea and Leicester City also keeping tabs on the teenage sensation.

Everton have made regular checks on the Wigan man who earned his maiden call-up to the England under-18 side this week.

Gelhardt made his senior bow for the Latics as a 16-year-old, featuring in the EFL Cup defeat to Rotherham in August 2018.

He made his league debut in April and has featured for the side this term as he looks to become a first-team regular.

Everton are looking to recruit the best young talents across Europe, and with director of football Marcel Brands and manager Marco Silva focusing on youth, it’s not surprising that a promising talent like Gelhardt is on the club’s radar.

A move in January or at the end of the season could be on the cards, and while he would be expected to link up with the Goodison Park outfit’s under-23s squad, he could prove sooner rather than later that he is good enough for their first-team.