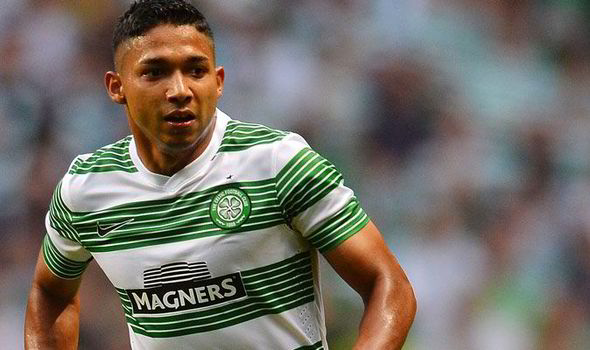 According to reports from Herald Scotland, Emilio Izaguirre has rejected a contract extension offer from Celtic, and he is now set to leave the Scottish Premiership champions this summer.

The 96-cap Honduras international made 19 appearances in all competitions for Celtic in 2018-19 as the Bhoys won the domestic treble for the third time in a row.

The 33-year-old has been offered a new contract, but he has decided that his future will lie away from Parkhead.

The report claims that the left-back has told his agent to find him another club, either in the MLS or elsewhere in Europe.

Izaguirre has been a terrific servant for the club, but he was decent at best whenever he got opportunities in the absence of Kieran Tierney.

Celtic do have Calvin Miller in their ranks, but he is a long way off Tierney’s standard. Therefore, Celtic will be looking to sign a solid left-back in the summer.

Izaguirre won seven league titles with the Bhoys during his time at the club.