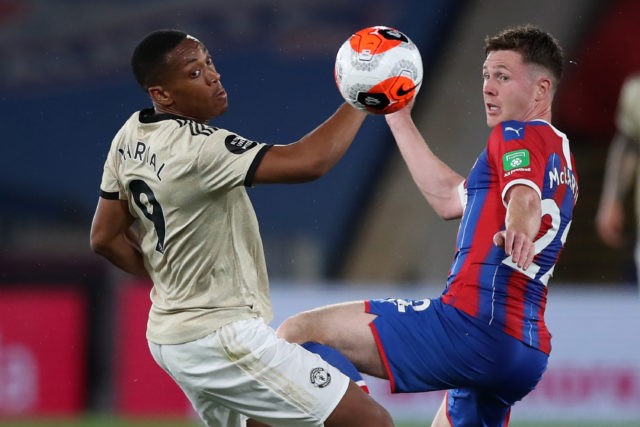 According to reports from 90 mins, the Bhoys are planning to step up their interest in the 29-year-old midfielder amid concerns over the future of Scott Brown.

A host of Premier League clubs have registered their interest in signing the former England midfielder, but the Hoops are confident of landing him.

Brown’s deal expires in summer, and Celtic are looking to sign his replacement as early as possible. The report claims that Neil Lennon has earmarked McCarthy, who earns around £50k-per-week at Palace, as a potential option.

Earlier this month reports from The Sun claimed that the former Everton midfielder is keen to sign a new contract with Crystal Palace.

McCarthy has been reportedly chased by a host of Premier League clubs including Leeds, Newcastle United, and West Ham.

However, it seems Celtic are moving ahead of other rivals. Last season, he managed 16 starts in the Premier League and made 33 appearances in total.

McCarthy is an experienced Premier League midfielder. He has made over 250 appearances in the top flight during his career and enjoyed a decent 2019/20 campaign for Palace.

Leeds have bolstered their attacking department and central defence this summer with the capture of Rodrigo and Robin Koch from Valencia and Freiburg respectively.

It seems unlikely that Leeds will move for McCarthy this summer. He is an experienced Premier League player and would be a very good signing for Celtic.