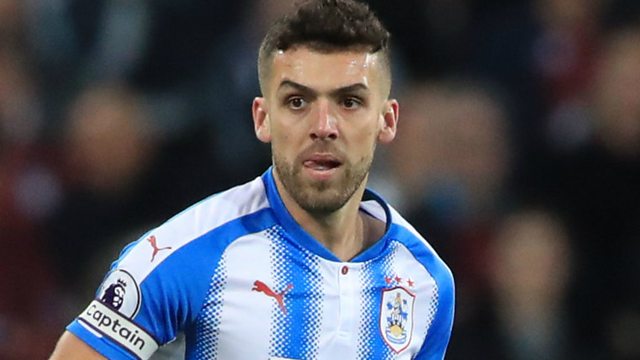 According to reports from the Daily Record, Celtic are ‘set to press ahead with a bid’ for Huddersfield Town defender Tommy Smith.

The 27-year-old right-back has emerged as a potential replacement for Mikael Lustig and he is valued at £3million.

According to reports from the Daily Mail, Stoke City are also said to be interested but Neil Lennon is now set to make a move for him this summer.

Smith, who has played 200 matches for Huddersfield in the last six seasons, has just 12 months left on his contract.

Huddersfield, who were relegated from the Premier League last season, would prefer to keep most of their squad together but coach Jan Siewert is willing to cash in on the long-serving defender given his contract situation.

Celtic are desperate to bolster their defence this summer and signing a right-back is a priority. Smith fits the bill nicely.

He is a vastly experienced player and could be tempted to make a move to Celtic Park this summer.