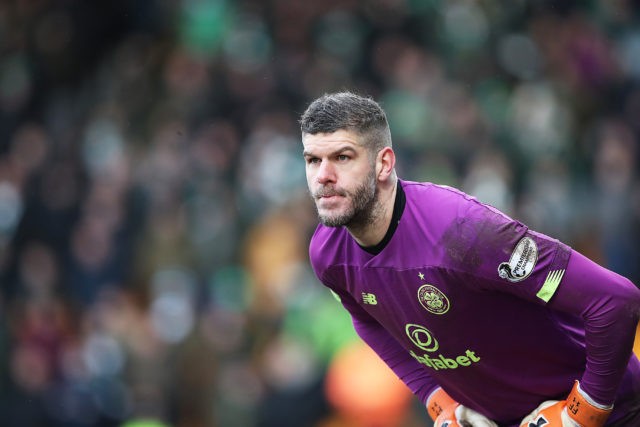 According to reports from the Scottish Sun, Celtic’s hopes of landing Fraser Forster have been handed a massive boost.

The Scottish champions are looking to sign a goalkeeper this summer and have targeted Forster, who impressed heavily on loan last season.

The 32-year-old was simply outstanding for the Hoops and Celtic have tried to convince him to join Parkhead on a permanent deal.

However, Forster, who is on £70k-per-week wages, is keen to stay in the Premier League, and fight for his place at the club.

As a result, Celtic have turned their attention elsewhere, and are reportedly targeting players like Joe Hart and David Marshall.

Also, a move for AEK Athens shot-stopper Vasilis Barkas has hit a stumbling block after a £3.5m offer was rejected by the Greek side.

However, the Daily Express are claiming now that Forster is one of the players that Southampton are planning to move for once the Premier League finishes this weekend.

The news will come as a huge boost for Celtic, although Neil Lennon admitted last week that he cannot leave the door open for Forster forever.

It remains to be seen whether Forster will now consider the offer to join Celtic permanently.