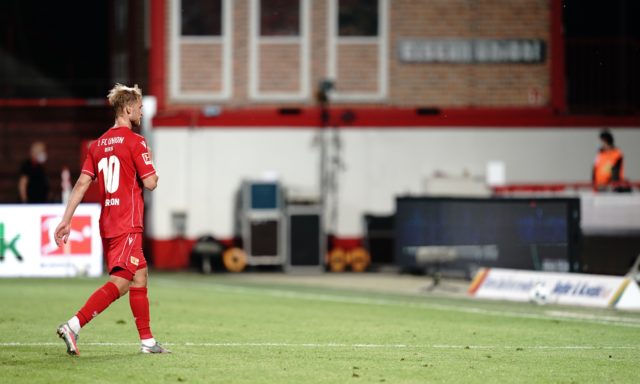 According to reports from German media outlet Kicker, Celtic are ready to table an offer of £5.5m to sign Union Berlin talisman Sebastian Andersson this summer.

However, the Bhoys could face strong competition from Newcastle United and two newly-promoted Premier League sides, Leeds and West Brom.

Celtic are looking to bolster their squad ahead of the new season, and are close to signing Albian Ajeti and Vasilios Barkas within this week.

It seems the Scottish champions have now set their sights on signing Andersson. The 29-year-old enjoyed a fantastic last season for Berlin where he scored 12 goals in 33 games in the Bundesliga.

The report claims that Andersson is expected to become the subject of a £5.5million offer from Celtic, while clubs in England are also in the hunt. However, it looks like Celtic are leading the race for his signature.

Andersson would be a good signing for Newcastle as well. However, the Magpies are currently in a state of limbo with the Premier League yet to deliver their verdict on the takeover.

As a result, the club is still run by Mike Ashley who is emotionally detached from the club. Unless the Premier League gives clarity on the situation, the Magpies are set to suffer in the transfer window.