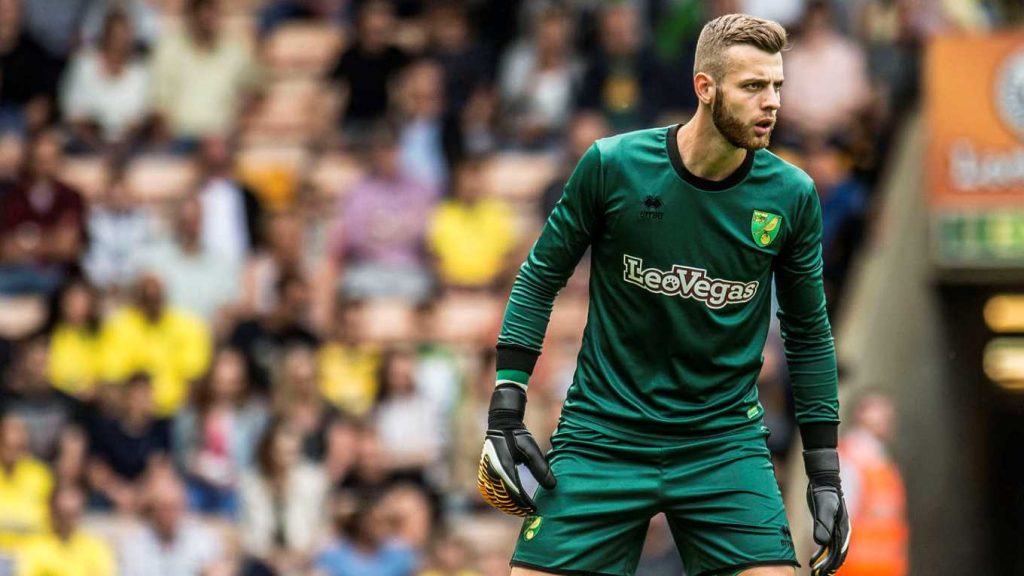 According to reports from The Sun, Scottish champions Celtic are leading the race to sign Manchester City owned goalkeeper Angus Gunn in the summer transfer window.

The 22-year-old is currently on a season long loan at Norwich City where he has made a strong impression. Celtic could be in the market for a new goalkeeper and see Gunn as a good option to have in the squad.

Craig Gordon is Celtic’s first choice goalkeeper but he is 35 now and the club need to find a long term replacement for him. Moreover, his overall fitness is a cause for concern for Rodgers.

Earlier this week, Rodgers has hinted that Celtic could be looking to sign Scott Bain permanently but surely Gunn would be a better option than him.

The report adds that Stoke City are also keen to sign the player and Paul Lambert’s scouts are keeping an eye on him in case Jack Butland leaves in the summer.

Manchester City fans have been discussing on Gunn’s future on Twitter. Here are some of the selected tweets:

Eh he should stay in England if he wants the experience. Playing in Scotland is nice too tho.

Stoke going to play in the championship next season… would be a wasted move. Either he gets an EPL loan or stays at city as 2nd choice

Celtic?? I’d rather he goes to La Liga on loan

@AngusGunn01 is top class and deserves a top flight club. Not sure about the Scotland bit though ::))

No! Hands off our Angus Gunn, Brendan!

We should give Patrick Roberts an Ultimatum. Either Celtic pays us 50m for him or he goes and signs somewhere else or he will sit on the bench and see out the rest of his contract at city