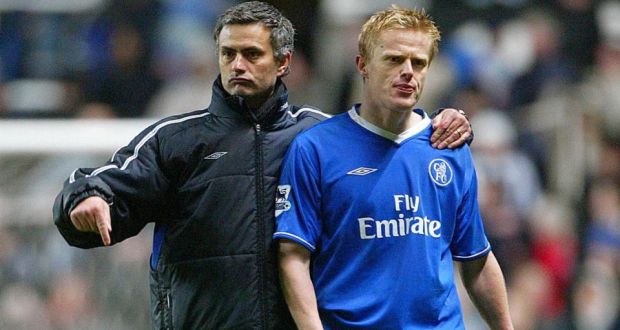 According to reports from The Scottish Sun, Celtic have held talks with former Premier League star Damien Duff over a coaching role at the Glasgow club.

The 39-year-old won two Premier League titles during his time with Chelsea. It has been reported that the Bhoys are looking to sign him as a manager for the Under-20 side.

In September, Shaun Maloney left the Under-20 coaching role at Celtic to focus on his job at the Belgium national football team.

Duff knows Brendan Rodgers from his time at Chelsea, and he will be a smart appointment for the club. He is currently coaching the Shamrock Rovers Under-15 team.

Celtic are a big club and the job will be challenging for him. However, it is also a good opportunity for the former Republic of Ireland international to take his coaching career to the next level.

Duff was a great player and has appeared for Blackburn Rovers, Chelsea, Newcastle United and Fulham in England. He will be a shrewd signing for the Bhoys.