Report: Celtic have asked to sign Shane Duffy on loan 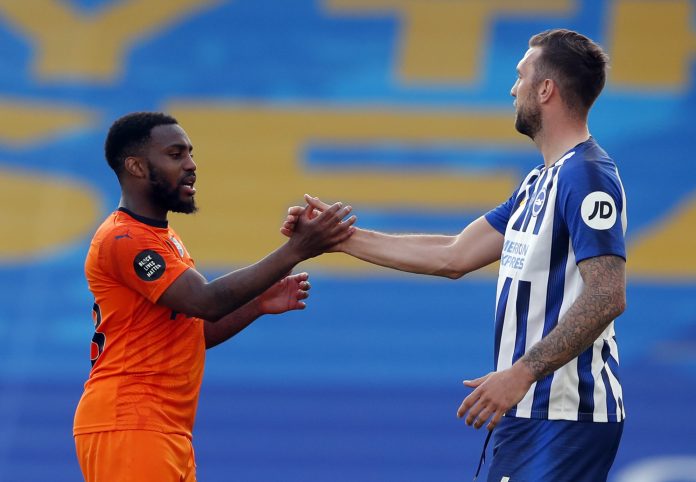 According to reports from The Times, Celtic have made an approach to sign Shane Duffy from Brighton and Hove Albion.

The report claims that the Hoops ‘have asked’ to sign the 28-year-old defender on loan from Brighton.

However, the Bhoys are likely to face competition from newly-promoted Premier League side West Bromwich Albion. The Baggies are looking to sign him permanently.

According to a recent report from the Scotsman, West Ham and Leeds United are also interested in signing the Premier League defender.

He is also expected to further drop down the pecking order at the club following the arrival of Joel Veltman from Ajax.

Also, his game time could be limited with Ben White, who helped Leeds United earn promotion to the Premier League, having returned to his parent club.

Neil Lennon is keen to bolster his defence this summer, and Duffy would be a very good signing for the club.

However, the Bhoys are only looking to sign him on loan, while the defender may want to remain in the Premier League as well.

Leeds are in the market to sign a centre-back this summer, and have been linked with a host of players including Juan Foyth of Tottenham.

However, Duffy would be a smart addition for the Whites as well.