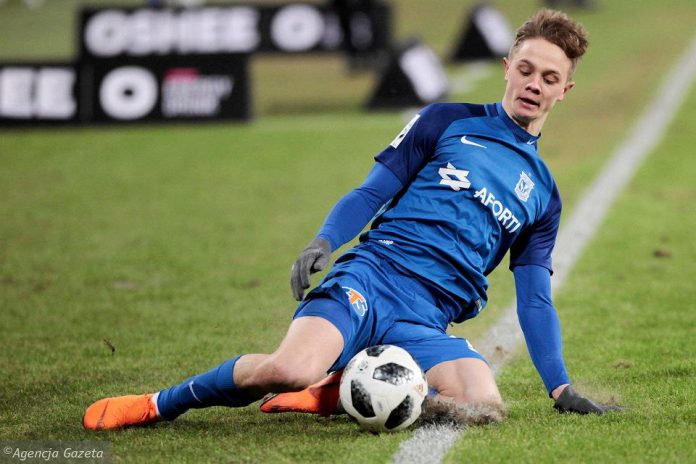 Celtic have already bolstered their attacking department in the January transfer window, and Brendan Rodgers should now be looking to add depth in defence.

Signing a right-back is a priority for the Bhoys. A long-term replacement for Mikael Lustig is needed, and the problem has been further exacerbated after Anthony Ralston suffered ligament damage in the win over St. Mirren.

According to reports from Gazeta Wyborcza, Celtic have turned to Lech Poznan young talent Robert Gumny, as they look to solve their right-back problems.

The 20-year-old almost completed a move to Bundesliga side Borussia Moenchengladbach in January 2018 but the deal collapsed in the end.

It has been reported that the Bhoys are willing to pay around £4.3million (€5m) for the highly-rated, young right-back.

However, Lech Poznan are reluctant to part ways with their exciting, young talent this month.

The youngster has played seven times for Lech this season, and is under contract at the club until June 2021.