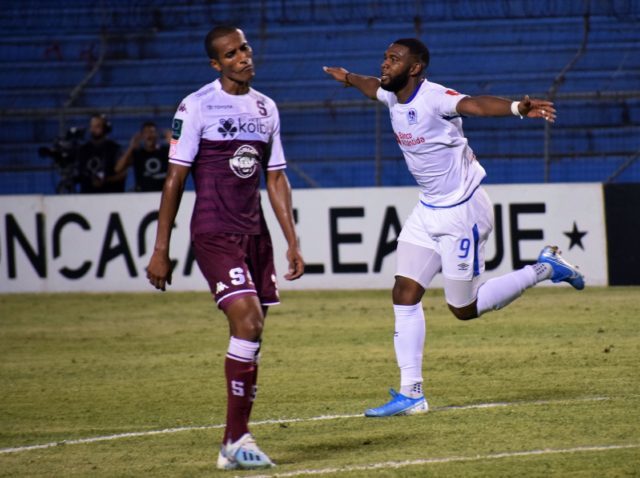 According to reports from a Honduran newspaper (h/t The Daily Record), Celtic are interested in signing ‘rising striker’ Jorge Benguche.

The Bhoys boss Neil Lennon said recently that he would be looking to sign a new centre-back in the summer transfer window.

However, Celtic could be in the market to sign a striker as well.

Benguche plays his domestic football for Club Deportivo Olimpia, where he has scored 33 goals since joining the team in 2016.

The 24-year-old striker has been capped three times for Honduras. He made a serious impact playing for his nation as he scored a double on his debut against Puerto Rico.

Benguche scored one of the most important goals for the club when he netted the winner against Thierry Henry’s MLS side Montreal Impact in the CONCACAF Champions League in March.

According to reports from La Prensa, Serie A side Cagliari and Portuguese team Belenenses have also been credited with an interest.

Do Celtic need another striker? Lennon already has the likes of Odsonne Edouard and Leigh Griffiths. The latter is expected to play a major part next season now that he is fully fit.

The Celtic boss also has Patryk Klimala and Vakoun Issouf Bayo as other options. However, if Edouard leaves the club, which is a high possibility, Celtic could look to sign a new striker.