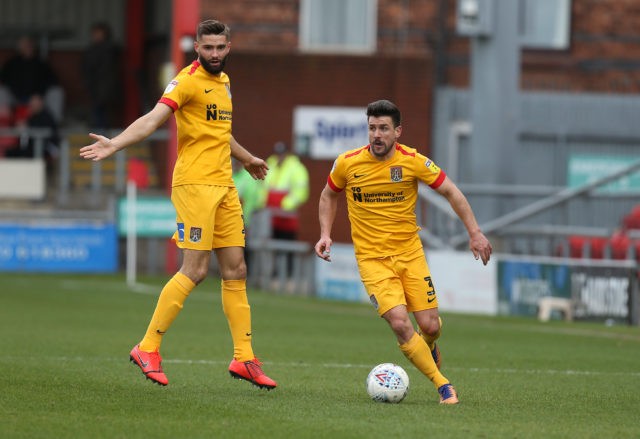 Scottish champions Celtic are looking to bolster their squad in the summer as they aim to win their 10th Scottish Premiership title in a row.

While signing a goalkeeper remains a top priority, the Bhoys would also require a midfielder and a central defender as well this summer.

According to reports from the Daily Record, the Hoops could be set to step up their interest in David Turnbull once again.

Last summer, a £3million move for the youngster collapsed after a medical flagged up a potentially serious knee issue.

However, the 21-year-old midfielder remains on Celtic’s radar and was watched during a closed-door friendly with Kilmarnock on Friday.

He had undergone preventative surgery and spent much of last season on the sidelines. However, he has now returned to Stephen Robinson’s first-team.

Celtic’s head of recruitment Nicky Hammond has watched him during the 3-2 defeat to Killie at Fir Park.

With the transfer window being extended till October, it remains to be seen what Celtic decide to do with Turnbull.

The report adds that Championship outfit Stoke City are interested in him, while Steve Bruce’s Newcastle are one among the lengthy list of admirers.

It remains to be seen whether Newcastle make a move for him this summer. It would be hard for the youngster to refuse a move to the Premier League.