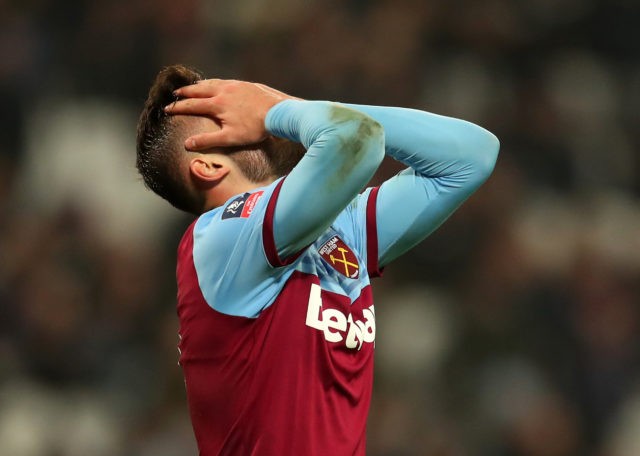 According to reports from Sky Sports, Celtic are close to signing Albian Ajeti from West Ham United in the summer transfer window.

Ajeti joined West Ham for £8m last summer but he struggled to make an impact under David Moyes.

The former Manchester United boss is ready to cut his losses on the Swiss striker who would be looking to revive his career in Scotland.

He failed to start a single Premier League game for the Hammers last season, and it seems he is not in Moyes’s long-term plans.

Ajeti has looked ill-suited to the physicality of English football, and it remains to be seen how he fares in Glasgow.

The Scottish champions have agreed a season-long loan deal with the Hammers for Ajeti on Monday. The deal includes an option to buy, for a fee of around £5m.

The report further claims that Ajeti will undergo his medical at Celtic on Wednesday.

This summer is very crucial for Celtic who will be aiming to win their 10th SPL title in a row next season.

Along with signing a striker, the Hoops are also looking to add a solid goalkeeper to their ranks.

According to reports, the Bhoys are close to agreeing a deal with Greek club AEK Athens for Vasilis Barkas.