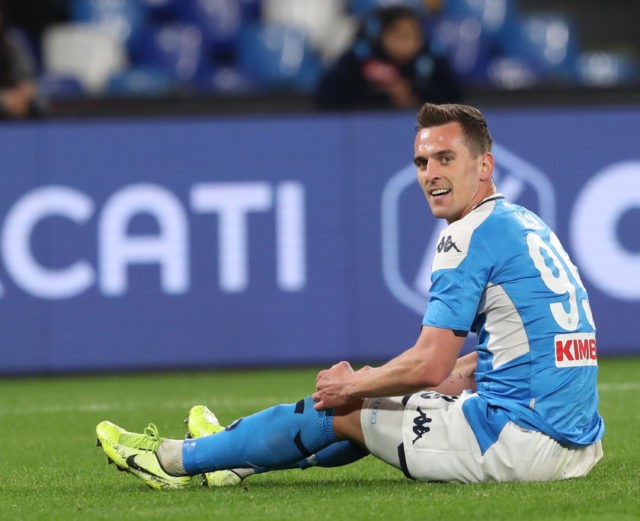 Arkadiusz Milik’s agent will hold a meeting with Tottenham Hotspur in London tomorrow, according to Calciomercato.it.

It has been reported that the Poland international striker’s proposed move to AS Roma from Napoli has fallen through.

Tottenham are interested in signing the 26-year-old this summer, and the former Ajax star’s agent will hold talks with the Premier League club in London tomorrow, according to the report in the Italian news outlet.

According to WhoScored, Milik made 19 starts and seven substitute appearances in Serie A for Napoli last season, scoring 11 goals in the process.

The striker also scored three goals in five Champions League matches for the Italian club in 2019-20, according to WhoScored.

During the 2018-19 season, the Poland international made 27 starts and eight substitute appearances in the league for Napoli, scoring 17 goals and providing three assists in the league, according to WhoScored.

With Harry Kane the only senior out-and-out striker at Tottenham at the moment, the North London club need to sign a new player upfront, as relying on just the England international striker would be a massive mistake.

Jose Mourinho’s side are aiming to challenge for the Premier League top four this season.