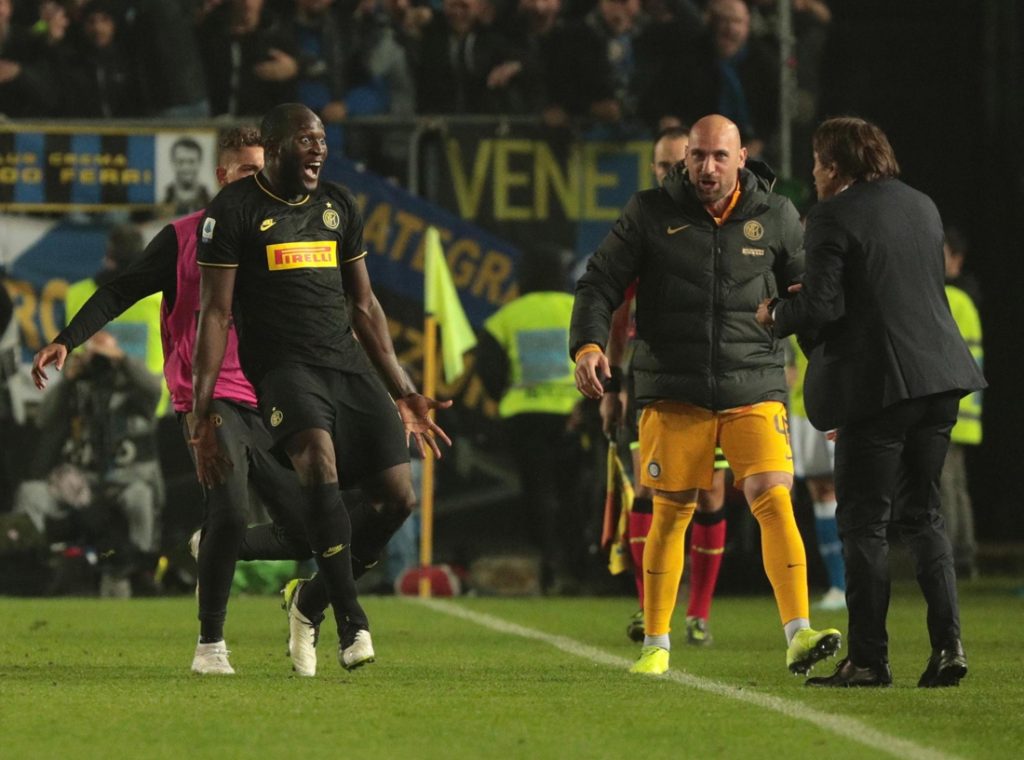 Ever since he made a club-record move from Manchester United to Inter Milan, the spotlight has firmly been quipped on Romelu Lukaku. Rather than succumbing to the pressure, the Belgian is thriving under it.

Lukaku’s taken to life in the Serie A like a fish to water. Even before arriving, he made his feelings clear on his “dreams” of playing in the Italian top flight. Antonio Conte was desperate to link up with him and the Nerazzurri made both their wishes come true.

Now they’re reaping the boons of this excellent union. With seven goals in his first ten games in Serie A, Lukaku doesn’t seem to have shed even a tiny bit of his goal-scoring phenomenon.

After being sidelined at Manchester United, he’s thriving under a more direct system which benefits him at Inter. The Nerazzurri have taken to Conte’s tactics amazingly well, perhaps even better than Juventus have with Mauricio Sarri’s philosophy.

Having formed a sturdy partnership with Argentine striker Lautaro Martinez, Lukaku is doing what’s asked of him brilliantly. He whisked away from his “big-game failure” reputation with a strike against AC Milan in the derby, while his stunning strike against Brescia recently reaffirmed his class.

Inter have the third-best defensive record in the league, which is somewhat guaranteed in the compact system of Conte. New-signing Diego Godin’s acting like a natural leader in defence, whisking away danger with finesse.

Stefan De Vrij has also come his own in an expressive role, keeping striker’s quiet and forming a stout partnership with the more aggressive Milan Skriniar.

To make sure Lukaku is fed well in the final third, wing-backs Antonio Candreva and Kwadoah Asamoah are pulling double-shifts. The former is especially menacing with his movement and excellent crossing ability handing inviting balls on the plate.

Stefano Sensi’a also proved an excellent acquisition for the Nerazzurri, using his pit-bull mentality and creative genius to dictate games for them.

Experienced customer Marcelo Brozovic is also acting like their midfield general forcing them forward with great vigour. To top off the cake, Martinez and Lukaku are scoring goals, mirroring each other’s movement brilliantly while also linking moves pretty well.

With all due respect to Lukaku’s goal-scoring brilliant, Martinez has evolved this season. He’s finding the right space to move into, bullying defenders and even dropping deep to create chances for his side. The Argentine hitman’s scoring crucial goals at the right moments, inspiring Inter to keep their title challenge on.

The only stumbling block for the Nerazzurri in the title race is their squad is nowhere near as packed as Juventus. The Bianconeri have world-class options on the bench and even in reserves, while the same can’t be said about Inter.

What they do have is a world-class strike-force with two hungry strikers winning them points week in, week out. With Juventus seeming vulnerable adapting to Sarriball and the Nerazzurri only a point behind, Inter’s consistency could take them far forward in the race for the Scudetto.