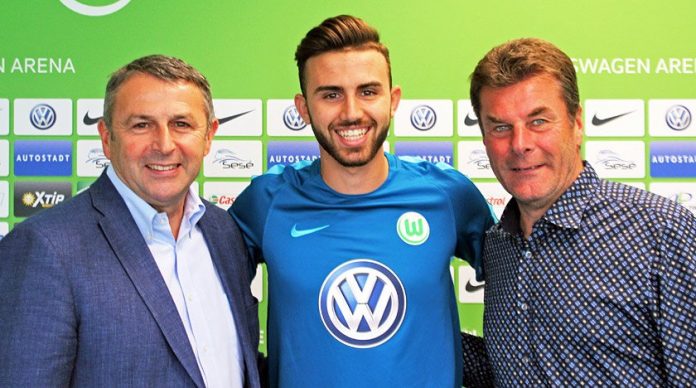 The highly talented 19 year old striker is looking to continue his development with regular first team football and a move to Wolfsburg would be ideal for him.

The Bundesliga giants have just sold Andre Schurrle to Dortmund and are planning to replace him with the Real Madrid attacker.

Mayoral expressed his delight after joining the Wolves and stated that he is excited to join such a big club with rich history.

He said: “I want to play and win as many as games as possible for Wolfsburg. We all want to qualify for the UEFA Champions League again, and the team has the potential to.”

“I got a good feeling about the club straight away. I wanted to come to Wolfsburg because it is a fantastic team with great history. I am looking forward to my first training session, my first game and getting to know my team-mates.”

The Real Madrid academy graduate excelled in the youth level and impressed during his cameos with the first team last season. However, with Benzema and Morata at the club, he is unlikely to get the amount of first team action he needs at this stage.

Mayoral has signed a one year deal with the Germans, but they have the option to increase the loan for another season if they are impressed with the player.