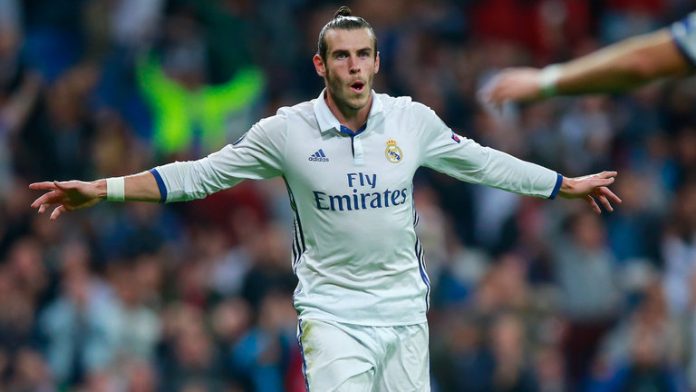 Real Madrid super star Gareth Bale has dropped a massive hint that he could leave the UEFA Champions League winners in the summer transfer window.

That did not the 28 year old from becoming the star player for Zinedine Zidane’s Real Madrid in the UEFA Champions League final because he scored two brilliant goals against Jurgen Klopp manager side.

After the match, Gareth Bale said he will consider his future at Real Madrid. Zinedine Zidane has left Real Madrid and the French coach has been replaced by former manager of the Spain national team, Julen Lopetegui.

Either way, the Welsh international forward says he is open to the idea of leaving Real Madrid in the summer transfer window.

“Maybe I’ll stay in Real Madrid, but maybe not,” Bale is quoted as saying by Cadena Cope, as reported Football Espania.

“I have to talk to my agent and the truth is, I need more minutes. I was frustrated not to start in the Champions League final.

Gareth Bale is managed Jonathan Barnett and his agent told ESPN FC that “Gareth will speak to the (Real Madrid) Coach (Julen Lopetegui) and we will go from there.”

Gareth Bale’s latest comments should come as a massive boost for Manchester United because the Red Devils manager Jose Mourinho wanted to sign him in the summer transfer window.

AS per the information gathered by the Manchester Evening News, talks over a transfer with Real Madrid star Gareth Bale have reached an advanced stage, but only he has to take a decision on his future.