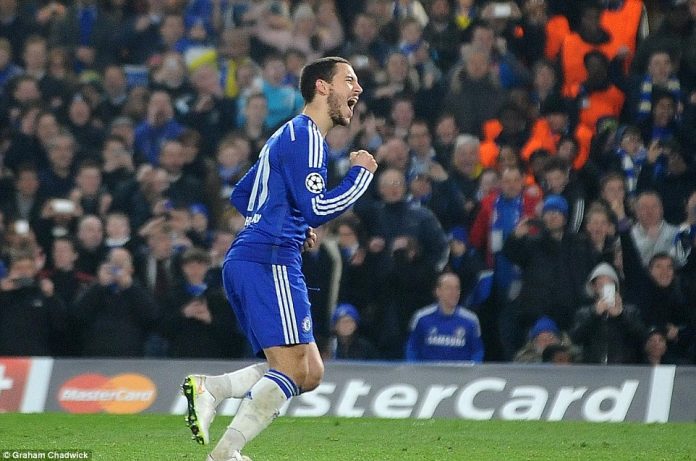 Chelsea winger Eden Hazard could join Real Madrid at the end of this season.

According to reports from Spain, Real Madrid have an agreement in principle with the Chelsea superstar and will look to complete the transfer this summer.

Los Blancos are looking to get rid of James Rodriguez and Isco in order to fund a move for the world-class winger.

Hazard has had a season to forget this year and will look to finish it strongly before deciding on his future at the end of the season. The Belgian won the player of the year in England last season when he guided Chelsea to the Premier League title, but has managed only two goals so far this season.

Spanish newspaper AS have claimed that Zinedine Zidane is a huge admirer of the Belgian and wants him to join Real Madrid. Hazard has also reciprocated the admiration shown towards him by stating that he would love to play under the Frenchman.

Eden Hazard is under contract till 2020 and Chelsea value him at around 100 million Euros.

Despite his poor form, he is one of the best players in the world and Real Madrid would have no qualms about breaking the bank for him.

Finally, a swap deal involving James Rodriguez is also being considered according to the Spanish media. The Colombian is unsettled at Real Madrid and would consider a move away.