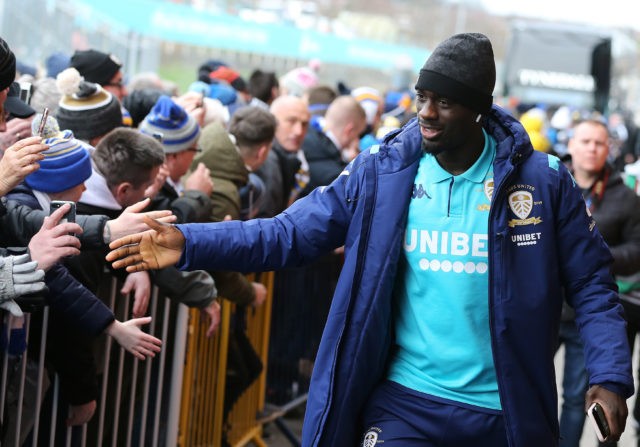 Bundesliga side RB Leipzig are in a legal battle with Leeds United over striker Jean-Kevin Augustin.

The Frenchman joined the Elland Road outfit on loan in January, but constantly struggled with fitness and injuries, playing just 49 minutes of first-team football before returning to France ahead of the campaign restart in June.

Leipzig believe Leeds are obligated to pay them £18 million for Augustin’s permanent services due to a clause in his loan deal after they sealed Premier League promotion.

However, the Whites claim Augustin’s contract expired after six months – prior to restart – and Leipzig sporting director Markus Krosche has provided an update on their legal tussle:

RB Leipzig sporting director Markus Krösche on the latest over the Jean-Kevin Augustin situation with #lufc: "There is a contract. Both parties in their right mind signed it & this contract applies. I hope our lawyers will solve the problem in the coming days." (cont) pic.twitter.com/nplemmcRMd

“This is also about a human being. JK is a great guy. I'm sorry for him.”

Leipzig say that #lufc were obliged to buy Augustin for around £18m upon promotion to the PL.

The 23-year-old isn’t in Leipzig’s plans and Leeds don’t want him either having already moved on and brought in another forward in Spain international Rodrigo Moreno.

The Paris Saint-Germain academy graduate doesn’t know where he will be spending the season as a result of the disagreement, and things could get messier for him if it isn’t resolved before the summer transfer window shuts.