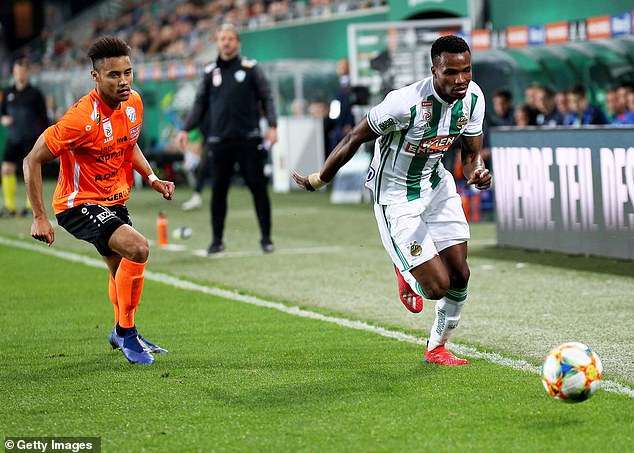 Rapid Vienna’s sporting director Zoran Barisic has admitted that the Austrian club are yet to receive any formal offer for the 23-year-old defender.

However, he expects it is only a matter of time before they receive bids for the in-demand left-back who is also wanted by Huddersfield Town and Burnley.

Celtic are looking to bolster their defence and signing a left-back is a priority. Neil Lennon needs quality and depth in that area, and Mbombo fits the bill nicely.

According to reports from the Daily Mail, the Bhoys will have to pay £3 million for the defender who could potentially replace Kieran Tierney.

Tierney has been heavily linked with a move away from Parkhead with Everton and Arsenal reportedly vying for his signature.

The club director is expecting offers to arrive for Mbombo this summer.

“There have been enquiries for Boli but no offers so far. But we know there will be concrete offers soon,” he said, according to the Scottish Sun.

Lennon should be looking at better players if he wants to replace Tierney. Otherwise, Mbombo could be a decent addition as a second choice left-back for the club.