Spanish newspaper Marca claim that Real Madrid will not sell French defender Raphael Varane in the summer. He, like Gareth Bale, falls under the “non transferable” category at the club. 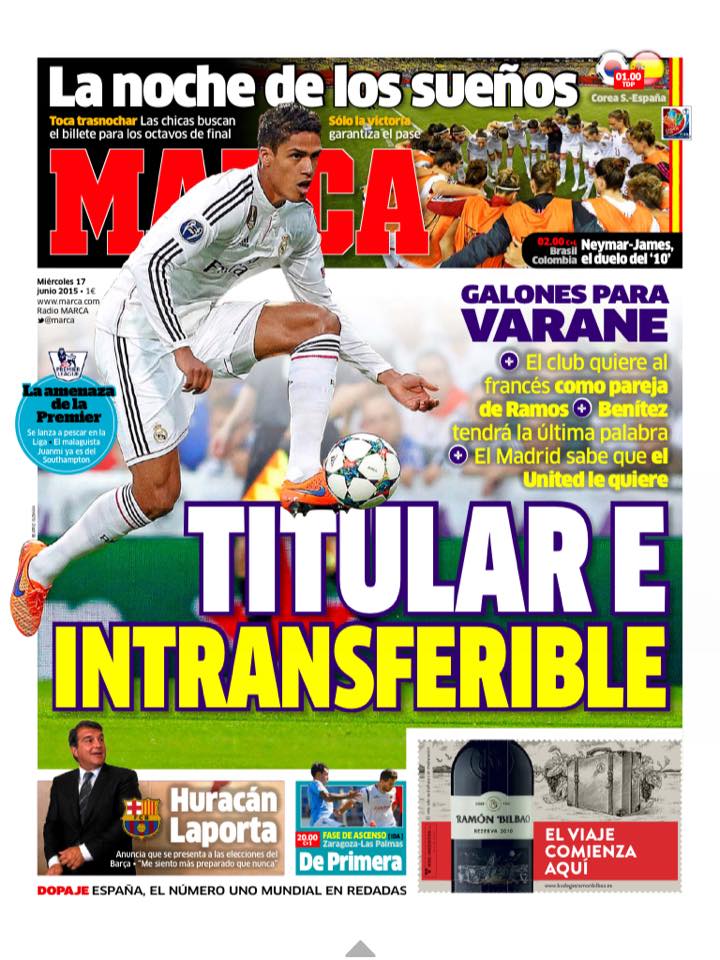 Varane was signed by former manager Jose Mourinho. Madrid plan to make him a first team regular starter from next season, now that he has grown into a top player having a four years experience under his belt at the club. He actually played more minutes than Pepe last season and nearly as much as Ramos but the player feels he’s still behind other defenders at the club.

The Frenchman wants to stay but at the same time he wants to make progress. Now that he has been playing regularly for the France National team, he feels, he deserves to be at the club where he starts regularly week in week out.

Madrid are willing to offer him that opportunity, but the decision ultimately rests on Rafa Benitez. If he continued to press for an exit then United might have a chance to sign him.

United enquired about his situation during the negotiations for De Gea. They were met with a strong ‘no’, same as when they asked about Bale earlier this summer.